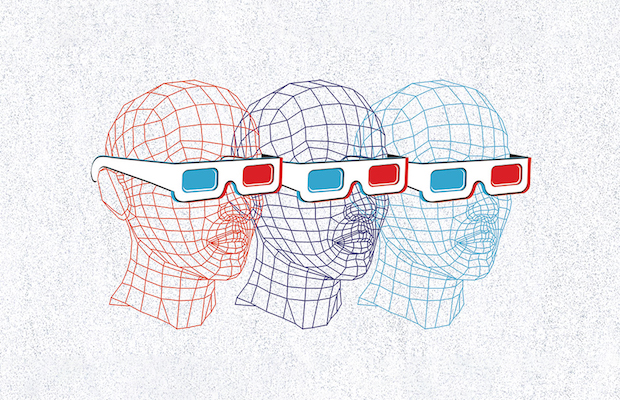 While dual band co-headlining tours are not an uncommon sight, it’s rare to see a truly triple headlining trek, but that’s exactly what we’ll get this Saturday, Dec. 7 at Topgolf’s The Cowan, when alt rockers The Mowgli’s, poppy alt rock outfit New Politics, and pop punks the Plain White T’s bring their epic Three Dimensional Tour to town. The order of the bill has rotated throughout (again, all three acts are jointly billed), so we’re not totally sure in what order they’ll perform in Nashville, but if you’re a fan of one, you’re all but guaranteed to dig the other two, and tickets are still available right here while they last!

Hailing from Southern California, The Mowgli’s have been going strong for nearly a decade, but it was 2012 debut LP Sound the Drum, and breakout single “San Francisco” that really helped them erupt into broader recognition (and brought them to Nashville for many a raucous, small show in their early days). Since then, the band have released three more full-lengths, have been relentlessly touring the globe, have become a festival and TV fixture, and continue to churn out expertly crafted, pop accessible, west coast alt rock.

Originally from Denmark, but based in the states for the bulk of their career (including at least one member in Music City), New Politics formed in 2009 and found immediate buzz for their eponymous debut the following year, but didn’t truly break into the mainstream until 2013 followup A Bad Girl in Harlem. Having released three more LPs and netting tons of radio and internet buzz for their unbelievably catchy stylings, the band have toured with everyone from Fall Out Boy to Thirty Seconds to Mars, acclaimed for their wild and unpredictable live show.

And the longest running act of the bunch, Chicago’s Plain White T’s came together in their youth all the way back in the late ’90s, making some waves in the pop punk and emo scene of the early ’00s, before becoming breakout internet sensations thanks to accidental smash hit single “Hey There Delilah” in 2006. While they’ve never found quite the widespread reach of “Delilah” since, few bands ever do in the first place, and the T’s have continued to craft substantive, polished rock records, moving more towards indie and alternative rock in more recent years, while still maintaining their legacy as one of ’00s pop punk’s most enduring acts. Needless to say, every band on this bill deserves your attention- don’t miss out!

The Mowgli’s, New Politics, and Plain White T’s will perform Saturday, Dec. 7 at Topgolf’s The Cowan. The show is all ages, doors open at 7 p.m., and tickets are available to purchase for $25-28.