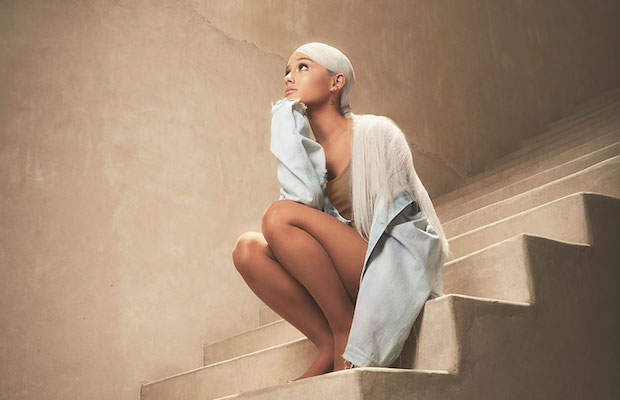 No, you’re not imagining things; pop megastar Ariana Grande did just headline Nashville’s own Bridgestone Arena back in June, but with not one, but two critically-acclaimed, career-defining, smash hit albums, last year’s Sweetener and this year’s Thank U, Next, released in a six month span, it feels only fitting that she’d play two arena shows in under six months as well, with a return slated for tonight, Dec. 5! If you didn’t catch this summer’s in-demand outing (or you’re understandably eager for a round two), tickets for Grande’s pre-holiday return, which once again feature Social House as support, seem a tad easier to get ahold of, with seats in most sections and at most price points still available right here!

Though she’s been no stranger to Bridgestone in years past, the pop star, who got her start as a child actor on Broadway, and rose to fame in her teens as a Nickelodeon star, before graciously transitioning into a solo pop career, has really come into her own over the past few years. Since 2016 third LP Dangerous Woman, Ariana has matured her sound and artistry, propelled by one of the strongest voices in modern pop, becoming both a Grammy winning, critically lauded musical icon as well as a bona fide celebrity in her personal life and style as well (for better or for worse- as her personal life has become subject to intense media attention as a result). Grande’s most recent albums, both with a high presence on many a year-end list, are, undeniably, proof that the young singer has firmly come into her own as one of modern pop’s most seminal talents, balancing commercial and critical appeal, and like the JTs and Mileys and other former child stars along the way, are a vibrant evolution into what’s shaping up to be a fruitful and legacy-making adult career. If you wrote her off as just as another pop star and haven’t yet listened to Sweetener or Thank U, Next, we urge you to correct that immediately, then catch one of music’s most exciting and influential contemporary artists in person tonight!