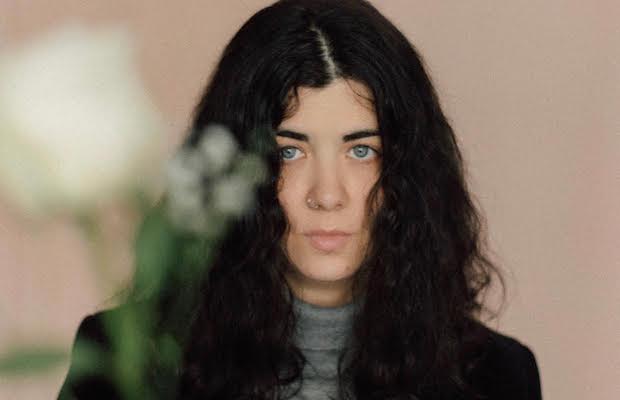 If you’ve been dialed into Nashville’s indie underground in recent years, there’s a good chance you’re already familiar with Kacie Williams, who, a couple years ago, adopted her current artistic moniker Touma, and regularly appears on bills at clubs and DIY spots around town, performing with some of our favorite acts in the indie rock, emo, and folk realm. Though we’ve had the pleasure of catching Williams live a handful of times over the years, and have been immensely impressed each time, whenever we went looking for recorded music, all that existed online were remnants of a different chapter in her life and musical journey, recorded under her own name nearly a decade ago- long before Touma’s formal introduction. That’s why, today, we’re incredibly excited to bring you an exclusive early premiere of Touma’s long-anticipated first ever proper single (and Williams’ first release in about eight years), “Bodyguard,” with both a stunning new video and a stream of the track, which officially arrives tomorrow.

Hailing originally from Amarillo, Texas, Kacie cut her teeth in music at a young age, performing in a Christian folk duo as a teen and evolving her artistry as a solo performer, before moving to Nashville in 2014, and doubling down on honing her writing. Though she’s been playing around town for years, having assimilated into the city’s flourishing DIY scene, Williams’ first few years in Nashville were also consumed with attending graphic design school, and the kind of artistic evolution, personal growth and struggle, and general life experiences that help fuel and calcify any great singer-songwriter’s style, perspective, and musical identity, all giving way to Touma’s sound, Kacie’s latest musical chapter, and all of the life experience, good and bad, that she funneled into “Bodyguard.”

“I’ve also come out publicly since I’ve moved here, which has changed the trajectory of my life drastically (and mostly positively), but a lot of those first years of me living here were me working through my sexuality and my faith (another massive part of my life), which led to numerous seasons of confusion, harmful thoughts and frightening bouts of depression, which is what a lot of this song is about for me,” Williams tells us. “It’s also about hope — even if the hope you have at the time is somewhat fantastical, sometimes it’s all that you need to keep going until you can see the light at the end of the tunnel; until you can really feel that you aren’t alone in your own painful experience. In some way this song is a full circle moment for me, a reflection on the moments I’ve come through and the mantras I kept repeating over and over deep inside of my head to get me safely onto the other side.”

Produced by none other than Copeland’s Aaron Marsh at The Vanguard Room in Lakeland, FL (a musical hero of Kacie’s, she reached out to Aaron on a whim, and the universe seemed to align to make this fantastic pairing happen), “Bodyguard” certainly channels the emotional, earnest, and powerful writing style present even on Williams’ early work, as well as in material we’ve seen her play live, but feels like its own thing as well, distinctly Touma, with lush, dreamy, orchestral, and cinematic soundscapes, adding dimension to the dynamic singer’s raw, beautiful, and melancholy delivery and lyrical soul-searching.

It might be easy to compare Kacie to someone like Julien Baker (on the surface, another local, melancholy singer-songwriter who navigates religion and sexuality in her own earnest and emotionally resonant way), and though fans of artists like Baker, Phoebe Bridgers, Lucy Dacus, and the like are all but guaranteed to love Touma, Williams’ work on “Bodyguard” feels just a bit more ambitious, artsy, fleshed-out, and lush, calling just as much to artists like Bon Iver, Thom Yorke, and, of course, Copeland, and quickly positioning Touma as one of the absolute most exciting up and coming local artists to keep an eye on.

For the official video, Williams tapped Luke Harvey of Mossflower Pictures, capturing a visual palate of color, lighting, grain, and mood that feels so perfectly matched with the tone of the track. You can watch the spot below as well as stream the single early (then be sure to find it on your streaming platform of choice tomorrow)! Though she doesn’t currently have any shows on the books, we have no doubt Touma will pop up on a local bill before long, and though no release date is currently set, she hopes to have her first EP out next year. Keep an eye on the site for the latest updates, and check out “Bodyguard” below!