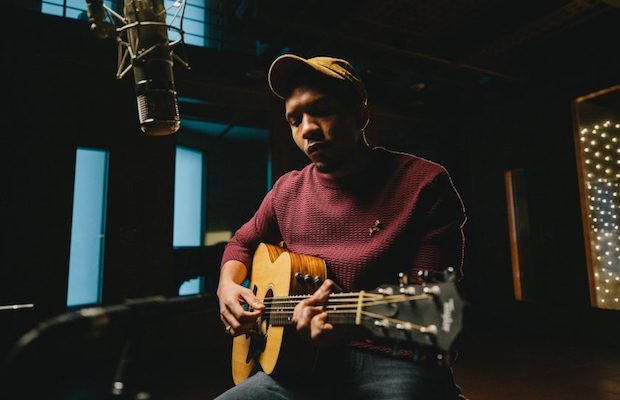 Guyanese born, Brooklyn based singer-songwriter Juke Ross has been a fast growing fixture of the folky, singer-songwriter scene in recent years, drawing acclaim for his debut EP, Grey, in 2017, as well as a stellar array of subsequent singles, leading up to the imminent release of his first full-length. Soulful, worldly, pop accessible, and genre-bending, Ross is an earnest and approachable artist with an immense talent for penning personal and commanding material, and we have no doubt he’s primed to break out in a major way within the next few years. Before then, you can catch him headlining Mercy Lounge on Nov. 13, joined by buzzy local hip hop and r&b transplant Houston Kendrick, an eclectic and complimentary pairing that makes this show extra cool. Surely one of our top picks for November, you can still get tickets here while they last! If you’d rather leave it to chance, however, we’re also giving away a pair of tickets to one lucky fan; read on for more about the show, and enter for a chance to win below.

Winner will be announced Monday, Nov. 11 at 5 p.m. CST, and will receive one pair of tickets. Good luck!