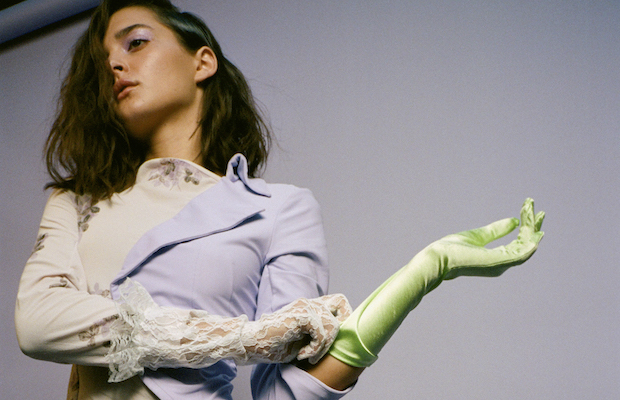 Channeling an earnest, dark, indie pop sound and garnering fast-growing buzz (and millions of streams) online, teen artist Charlotte Lawrence has only been making music in the public eye for a couple of years now, but, already, feels like an essential current artist to watch. Since the release of her debut EP, Young, last year, as well as world tours, high-profile collaborations, and more, her fanbase has been growing at a rapid speed, so it’s no surprise to see that Lawrence will return to town one year after selling out The High Watt for a considerably larger headliner at The Cowan, Nov. 8 with buzzy genre-bending artist Goody Grace! Certainly one of the coolest shows of the fall, you can still snag tickets right here while they last. However, we’re excited to announce that we’re also giving away a pair of tickets to one lucky fan, so if you’d rather try your luck, read on for more about the show and enter for a chance to win below!

Winner will be announced Thursday, Nov. 7 at 10 a.m. CST, and will receive one pair of tickets. Good luck!

Charlotte Lawrence and Goody Grace will perform Friday, Nov. 8 at The Cowan at Topgolf. The show is all ages, doors open at 7 p.m., and tickets are available to purchase for $16-81.

TWiN | This Weekend in Nashville | November 1-3