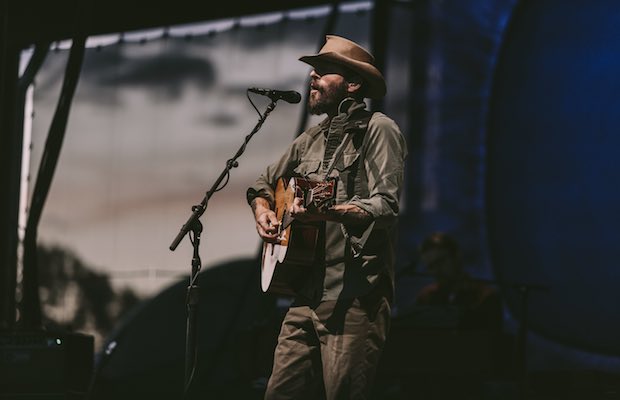 Since the release of his debut album 15 years ago, folky, earnest northeastern singer-songwriter Ray LaMontagne has consistently been one of the most interesting, eclectic, and beloved figures in the folk scene, cementing his legacy with each passing release as one of his generation’s most talented singer-songwriters. After tapping well-known artists like Dan Auerbach and Jim James to produce his albums in recent years, last year saw Ray return to his roots and self-produce his latest work, the intimate and reflective Part of the Light. Though he made it to Ascend Amphitheater last summer in support, this fall sees LaMontagne’s long-overdue return to The Ryman Auditorium, certainly the best-suited venue in town for his particular sound and style, for a pair of dates this Tuesday and Wednesday, Oct. 29 & 30, with Canadian folk/roots duo Kacy & Clayton, as part of his stripped-down Just Passing Through tour. Easily one of our most-anticipated shows of the fall, tickets for both nights are still available here (10/29) and here (10/30) while they last! Read on for more about the shows.

Hailing from a rural area of Saskatchewan, Canada, and raised on traditional country music, folk/roots duo Kacy & Clayton, made up of cousins Kacy Anderson (vocals) and Clayton Linthicum (guitar) got their start crafting stripped-down Americana tunes about their surroundings and upbringing. As their fame begin to rose, so did their range of influences, since incorporating more players and pulling from folk, classic west coast country, ’60s psychedelia, and more. After a buzzy debut with 2013’s The Day Is Past & Gone and excellent 2015 followup Strange Country, the group landed a deal with New West Records, who reissued their sophomore LP the following year, drumming up buzz and critical acclaim as they began to tour more regularly, opening for big acts like The Decemberists. 2017’s The Siren’s Song saw the pair team up with Wilco’s Jeff Tweedy handling production duties, crafting their most lush and ambitious work to date, and for brand new LP Carrying On, released earlier this month, the duo once again tapped Tweedy to produce, resulting in what seems to be their best release yet. Show up early!