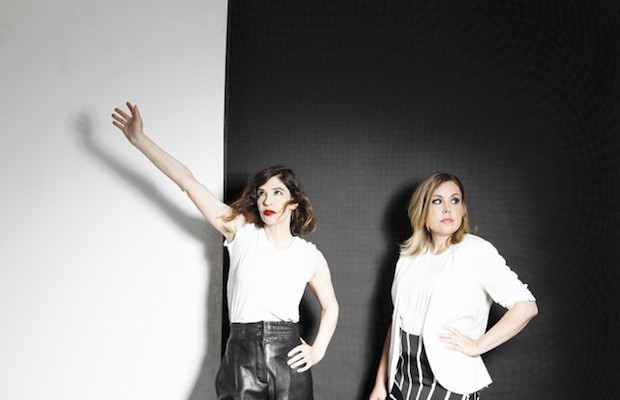 Undoubtedly one of the most important punk bands of the last 25 years, Washington’s Sleater-Kinney, who returned in 2014 after a near decade-long split, released a comeback album the following year, and played their first Nashville show in ages, at Marathon Music Works, shortly thereafter, have in recent years settled into their status as both seminal, critical darlings and a band whose entire musical ethos and reason for being feels more relevant now than ever. Celebrating their new ninth album, the masterful, St. Vincent helmed The Center Won’t Hold, the group, now technically a duo with the recent abrupt departure of longtime drummer Janet Weiss, will return to Nashville tonight, Oct. 21, this time for a fitting upgrade to the legendary Ryman Auditorium along with eclectic artist Joseph Keckler! Obviously, seeing one of modern punk’s best and most important bands in one of music’s greatest venues is a once-in-a-lifetime, must-see opportunity, and we’d strongly suggest you snag tickets here while you can, then read on for more about the show!

Sleater-Kinney and Joseph Keckler will perform tonight, Oct. 21 at The Ryman Auditorium. The show is all ages, begins at 8 p.m., and tickets are available to purchase for $32-52.