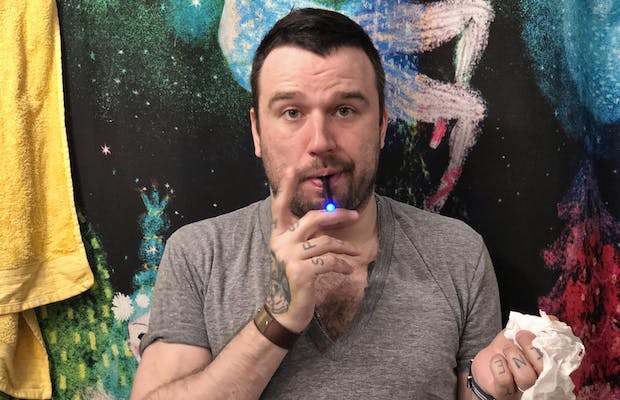 Despite announcing last year that he was stepping away from his famed and long-running group Say Anything, eclectic punk rock lifer Max Bemis still managed to release one last album (for now) under the moniker earlier this year. Dubbed Oliver Appropriate, it is, fittingly, something of a sequel to the LP that helped put Say Anything on the map, …Is a Real Boy, and though there won’t be a formal SA tour in support, we’re thrilled that Bemis is instead opting to embark on a solo run (where, surely, he’ll play plenty of SA favorites, with the option to pull from an impressive catalogue of various other great musical endeavors). The trek brings Max to The Basement East on Oct. 23, and, excitingly, he’ll also be joined by his wife Sherri DuPree-Bemis to perform as their excellent duo Perma, who just returned with their first album in six years back in the spring. Longtime Say Anything tourmates Museum Mouth are tapped to open things up, and tickets to this uniquely intimate Bemis outing are available here while they last! We’re excited to announce that we’re also giving away a pair of tickets to one lucky fan, however, so if you’d rather try your luck, read on fore more about the show and enter for a chance to win below!

Winner will be announced Tuesday, Oct. 22 at 12 p.m. CDT, and will receive one pair of tickets. Good luck!