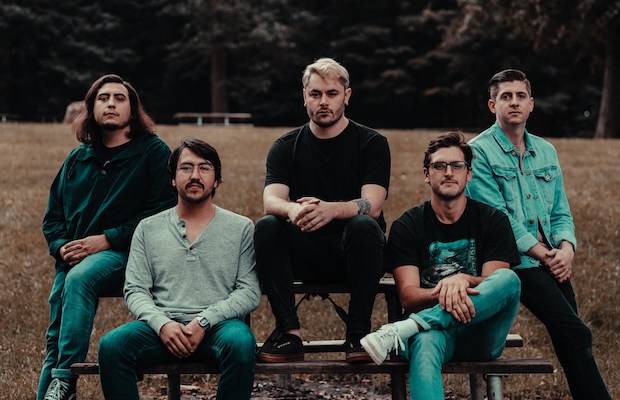 A breakout force in Nashville’s emo/indie punk scene of the last few years, Free Throw garnered national attention with the release of their debut LP, Those Days Are Gone, in 2014, and have been touring the world since, sharing the stage with bigger and bigger acts, all the while maintaining their DIY ethos and punk roots, channeling a pure, unabashed love for ’90s emo, underground indie rock, and old school pop punk and screamo, juxtaposing raw, earnest vocals and emotional lyrics with noodle-y, melodic, and driving arrangements. After inking a deal with Triple Crown Records, the band dropped their highly-anticipated sophomore effort, Bear Your Mind, in 2017, finding a more personal and introspective feel while keeping their dynamic style and affinity for pop culture intact. While never strangers to crafting raw, confessional songs about mental health and personal struggle, recent third LP What’s Past is Prologue finds frontman Cory Castro at his most real and open, examining a journey in metal health that saw him hit rock bottom and work his way back by realizing a need for fundamental change, capturing in music the process along the way.

Tonight, Sept. 28, Free Throw return home a the conclusion of a lengthy tour to headline The High Watt (for, as far as we can recall, their first local headliner of 2019), bringing along with them Chris Farren, Youth Fountain, and Macseal, a stellar bill from to bottom, and frankly one so good we’re shocked you can still get tickets right here as of writing; don’t procrastinate!

Best known for fronting poppy, indie, emo rock group Fake Problems since 2005, as well as for his side project Antarctigo Vespucci with Jeff Rosenstock, sarcastically self-proclaimed punk celebrity Chris Farren has flirted with solo music here and there in form of EPs and Christmas tunes, and finally dropped his first full-length, Can’t Die, in 2016, unabashedly letting his pop tendencies fly, and juxtaposing upbeat, bright songs with deeply personal and sometimes dark lyrics, all of which feels even more honed on recent sophomore effort Born Hot. Hailing from Vancouver, emo and pop punk duo Youth Fountain just dropped through debut full-length on Pure Noise earlier this year, and will definitely resonate with fans of earnest, hard-hitting, revivalist pop punk like The Wonder Years. And openers Macseal, from Long Island, adopt a more lighthearted indie pop infused take on emo and pop punk that adds some excellent variety to the lineup. Preview all of the performers below.