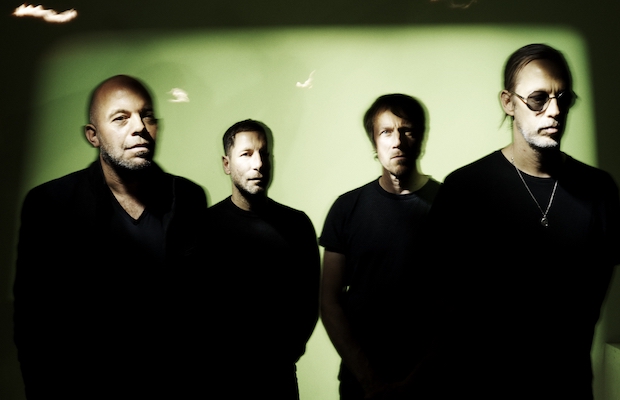 Formed in Oxford, England in 1988, and notably featuring Andy Bell, who went on to join Oasis, alt rockers Ride were a seminal fixture in the shoegazeing scene of the early ’90s, putting out an incredible string of initial albums and amassing critical and commercial adoration before calling it quits in 1996 for nearly two decades. Since reforming in 2015, at first to appear at Coachella and a string of other high-profile festivals, and then in a more permanent capacity which has carried forward since, again making them cult figures amidst a renewed interest in shoegaze as a whole, Ride have managed to pick up where they left off, returning in 2017 with their first album in 21 years, Weather Diaries, and following it up earlier this summer with an even better sixth effort, This Is Not a Safe Place.

Tonight, Sept. 26, Ride return to Music City in what appears to be their first local show in a number of years, headlining Exit/In with Philadelphia shoegazeing alt rock up and comers The Spirit of the Beehive and buzzy local indie pop and shoegze outfit Fever Blush– a super cool bill from top to bottom. You can sang tickets here while they last, and we strongly encourage you not to miss this headlining affair, but for even more Ride, you can also catch the band at a free, all ages, 6:30 p.m. in-store performance and singing at Grimey’s- details here!