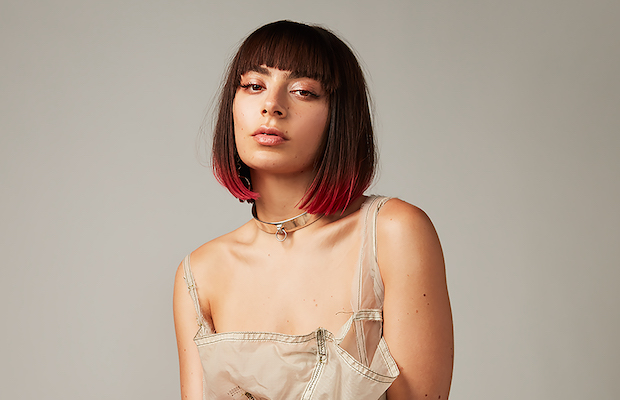 Though still her in 20s, British pop singer Charli XCX has already had a career extending for a decade, and while only within the past couple of years has she became a well-deserved breakout sensation, for quite sometime she’s been an important pop figure both underground and behind the scenes, appearing on and co-writing tracks for countless huge artists since springing onto the scene. Raised in Essex, Charli, born Charlotte Aitchison, got her start as a teen releasing songs online and playing raves and warehouse parties, soon attracting label attention and launching a solo career while also transitioning into working with other artists. Her mainstream introduction came with Icona Pop’s ubiquitous 2013 tune “I Love It,” which Charli co-wrote and appeared on, extending her reach the following year both on Iggy Azalea’s “Fancy” and with her own first solo tune to attract buzz, “Boom Clap.” After releasing her debut LP, True Romance, in 2013 (around which time she made her Nashville debut at Mercy Lounge), and swiftly following it up with Sucker the following year, Charli spent half a decade becoming a beloved staple of the pop and dance circuit, regularly touring and collaborating with acts across pop, indie rock, and hip hop, sharing the stage with artists like Paramore, Katy Perry, and Halsey.

Since about 2017, Charli has managed to rapidly attract more mainstream attention, with singles and great videos for tunes like “Boys” and “1999” (along with Troye Sivan), also opening for Taylor Swift’s massive Reputation Stadium Tour while maintaining her presence on the club scene with intimate show and DJ sets, also persistently killing it at the social media game and remaining part of the pop zeitgeist. All of that increased buzz paved the way for long-overdue third full-length, Charli, which just dropped earlier this month and is by and large the singer’s best, distilling her personality and artsy electropop sound with more focus and bite than ever. Out in support, Charli mades her headlining return to Nashville for the first time in six years, to play Marathon Music Works tonight, Sept. 21, along with buzzy Canadian alt hop hop artist Tommy Genesis, a perfect pairing if ever we’ve seen one. Tickets are still available here while they last, but given Charli’s recent wave of buzz, we wouldn’t procrastinate!

Charli XCX and Tommy Genesis will perform tonight, Sept. 21 at Marathon Music Works. The show is all ages, begins at 8 p.m. (doors at 6:30 p.m.), and tickets are available to purchase for $30.