[NO COUNTRY PREMIERE] Watch Gardening, Not Architecture Team Up with Boom Forest for Remix of “Absence of Me” 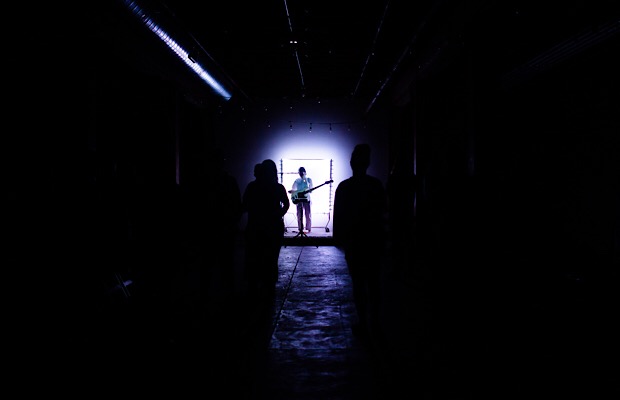 If you’ve been following the site (or the local indie scene) for awhile, you’ll likely remember Gardening, Not Architecture, the long-running musical alias of multi-faceted artist Sarah Saturday. With roots tracing back over a decade, G,NA initially began as a series of demos, then, later, a live solo act, before expanding a few years ago to become a full live band and immersive, dynamic concert experience, showcasing Saturday’s layered, lush, and cinematic indie pop and flair for expanding her art across various mediums.

Gardening, Not Architecture’s last album, Fossils, dropped back in 2015, accompanied by an immersive trio of shorts from local filmmakers and several stunning and dynamic live performances. And though Sarah has kept the project active in more recent years since, occasionally performing and providing updates while working on new material, it wasn’t until a few months ago that G,NA officially returned with the first brand new song since 2015, a single called “Absence of Me,” produced by Foreign Fields’ Eric Hillman.

Arriving with an accompanying video, “Absence of Me” is ethereal, symphonic, and synth-soaked, a dynamic and beautiful tune that sounds like the score from a film not yet made. And today, we’re thrilled to bring you an exclusive premiere of the music video for a brand new remix, for which G,NA enlisted the help of formerly Nashville (and now LA) based artist Boom Forest, the musical alias of Saturday’s brother John Paul Roney. Watch the spot, filmed by Danielle Shields and edited by Dycee Wildman, right now below!

In conjunction with new music, Gardening, Not Architecture is also debuting a brand new live show, which gets back to her roots as a solo performer, eschewing the full band format of a few years ago in favor of something more deconstructed. “I’m excited to get back to my roots with these new singles,” Saturday tells us, “I think the G,NA live show was always meant to be a weird little performance art piece rather than a rock band or a singer-songwriter thing.”

In celebration of the release of “Absence of Me” and its remix (both are now streaming, and will be available as a limited cassette single both online and at shows), G,NA is set to bring her new live show to The East Room tonight, Sept. 13, as part of a showcase that puts a unique spin on Nashville’s “in the round” format, dubbed “Outsiders in the Round” and described as a curated, collaborative event showcasing the wide spectrum of “off-Broadway” creators in Music City, from music to film, spoken word to performance art. Meant to become a quarterly  affair, tonight’s event will also feature VeinMelter, Nashville Story Garden, and Daisy Dukes Films, and will G,NA both perform and premiere her new video.

You can find out more about Outsiders in the Round here, stay updated on all things Gardening, Not Architecture here, and watch our exclusive premiere of brand new music video “Absence of Me” (Boom Forest Remix) below!