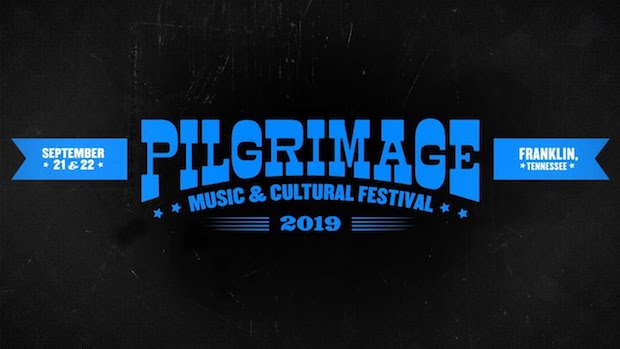 Though Franklin’s promising, on the rise Pilgrimage Music & Cultural Festival entered its fourth year in 2018 on a high, boasting headliners Jack White, Chris Stapleton, and Lionel Richie (following a record year with partner and co-producer Justin Timberlake in the time slot), and looking like it had crossed the hurdle of perseverance for a relatively new, boutique musical event, unprecedented rain and thunderstorms, which forced the fest to cancel halfway through its first day, served as a stark reminder that even the most organized, well-run events can’t control nature.

An unfortunate turn, to be sure, though definitely the right call to make (we were on the grounds, and can attest that the second day would’ve be a logistical nightmare and a severe blow to the park that plays host), so, when Pilgrimage announced last year their intention to regroup, improve the site, and commit to a 2019 return, we were beyond thrilled to see one of our favorite regional events perservere. Scheduled next week for its typical timeframe of Sept. 21 & 22, once again at The Park at Harlinsdale, Pilgrimage unveiled its exciting 2019 lineup earlier this year, and in its fifth year, it’s clear that the fest intends to bounce back strong and stick around for many years to come.

Perhaps the flashiest headliners since year one, Foo Fighters, The Killers, and Keith Urban top the bill, with performers like Leon Bridges, Nathaniel Rateliff & The Night Sweats, The Head & the Heart, +LIVE+, Jenny Lewis, Phosphorescent, Better Than Ezra, Rayland Baxter, Justin Townes Earle, Adia Victoria, Caroline Rose, The Watson Twins, and more rounding out the lineup. Notably, the festival is really looking past last year and starting fresh, with only a couple would-be 2018 performers returning, and less repeat acts from the first three years than normal as well. With big names, a mix of local and national talent, and artists proven to draw large crowds, year five is smartly curated and should be another great year, helping Pilgrimage continue to assert itself as the area’s essential late summer event.

With daily lineups announced, tickets are available in a wider variety of options than ever, with both single-day tickets and weekend passes available in general admission, VIP, and the ultra-deluxe Grand Champion levels, all right here!

Both days are looking sweet this year, and we encourage you to snag tickets while you can. But if Sunday’s more your scene, you’re in luck! We’re excited to announce that we’re giving away Sunday single-day tickets to one lucky winner and five friends (6 tickets total), so you can roll with your crew to see Foo Fighters, Nathaniel Rateliff & The Night Sweats, +LIVE+, Jenny Lewis, Wynonna and The Big Noise, Lukas Nelson & Promise of the Real, Better Than Ezra, Rayland Baxter, Justin Townes Earle, Preservation Hall Jazz Band, Adia Victoria, Molly Tuttle, Caroline Rose, Devon Gilfillian, and many more! Scope the full lineup and enter below, and head here for everything you need to know about this year’s Pilgrimage Festival.

Must be 18+ to enter. Winner will be announced Wednesday, Sept. 18 at 2 p.m. CDT, and will receive six (6) single-day  general admission tickets to day two (Sunday), Sept. 22, of Pilgrimage Festival 2019. Tickets are valid for Sunday-only, and cannot be transferred or redeemed for Saturday’s show, and do no permit entry to both days of the fest.

Winner must be able to supply a full name, e-mail address, and phone number by the end of Wednesday, Sept. 18 upon notification, or entry may be forfeited. Winner is responsible for all travel and accommodations. 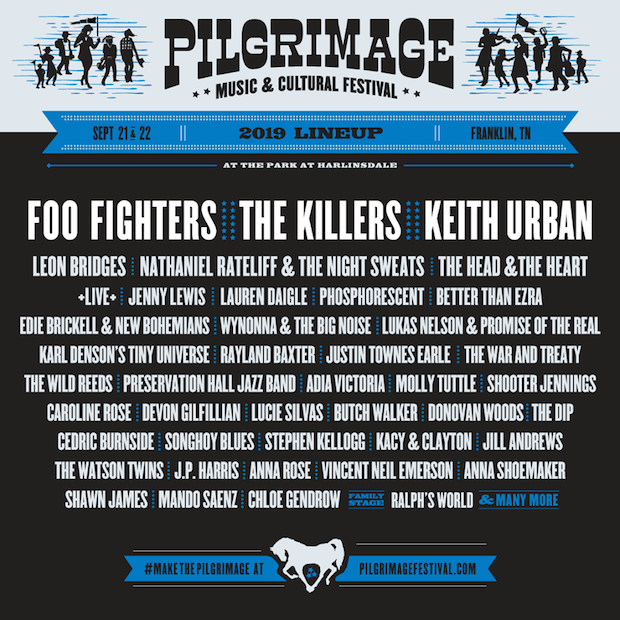 Preview the lineup with this year’s official playlist:

TWiN | This Weekend in Nashville | September 13-15