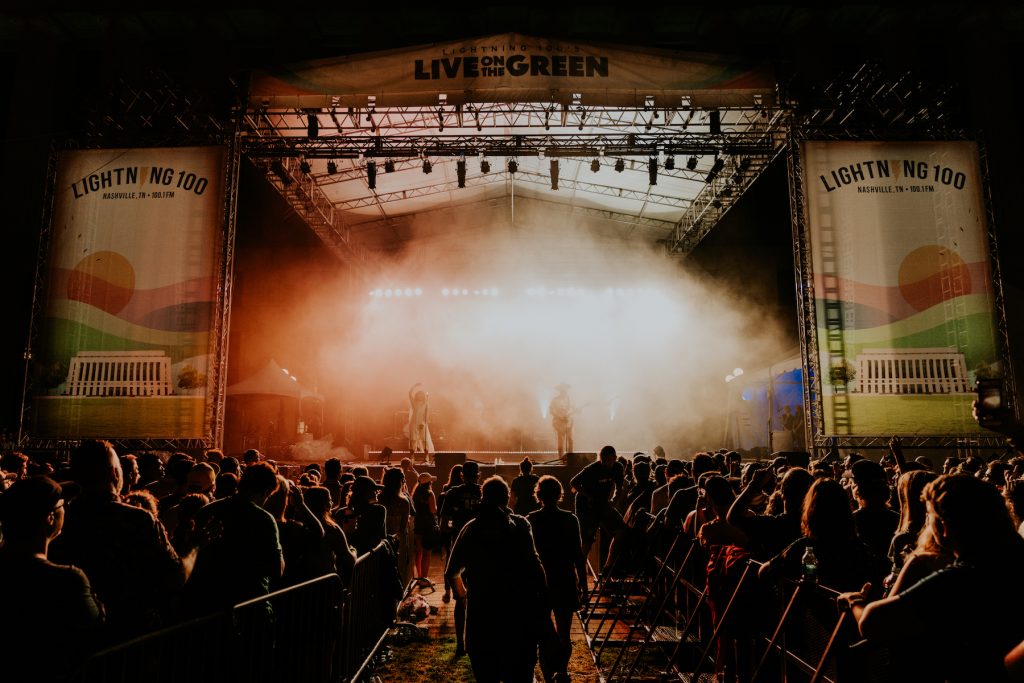 Now in its eleventh season, the free, annual Live on the Green festival series continued Thursday at Public Square Park, despite some dreary weather at the onset. It was a largely local leaning bill with Nashville gone LA duo Johnnyswim, popster Mat Kearney, all-around badass Amanda Shires, and singer-songwriter Will Hoge.  Continuing the format adopted last year, these four set bills are running for the first three Thursdays, ending with an epic four-day affair, extending across two stages through the final Thursday, Friday, Saturday, and Sunday over Labor Day weekend. We have performers like Grace Potter, St. Paul & The Broken Bones, Lake Street Dive, Robert Randolph, Steve Earle, and O.A.R. to look forward to, but, before we preview the exciting finale ahead, take a look at our recap and photos from week two below!

It was a dreary start to week two at Live On The Green.  Rain and thunderstorms threatened to postpone the event, which is rare, but has happened in years past.  Good luck was on the side of the festival though, as the storms passed through, requiring only a minor delay in starting the show.  It didn’t stop the festival-goers though, as a smallish contingent of dedicated fans donned raincoats, umbrellas, or just a towel to wait out the weather.  While delays are never hoped for in a music festival, the reprieve gave me a chance to get acquainted with this year’s festival setup, which included the usual vendors and sponsors set up around the park, as well as an expanded food truck court set up behind the towers to the east of the park on Union Street.  As the rain started to dwindle, cooling down the August night, it was time to enjoy the long-beloved music festival. 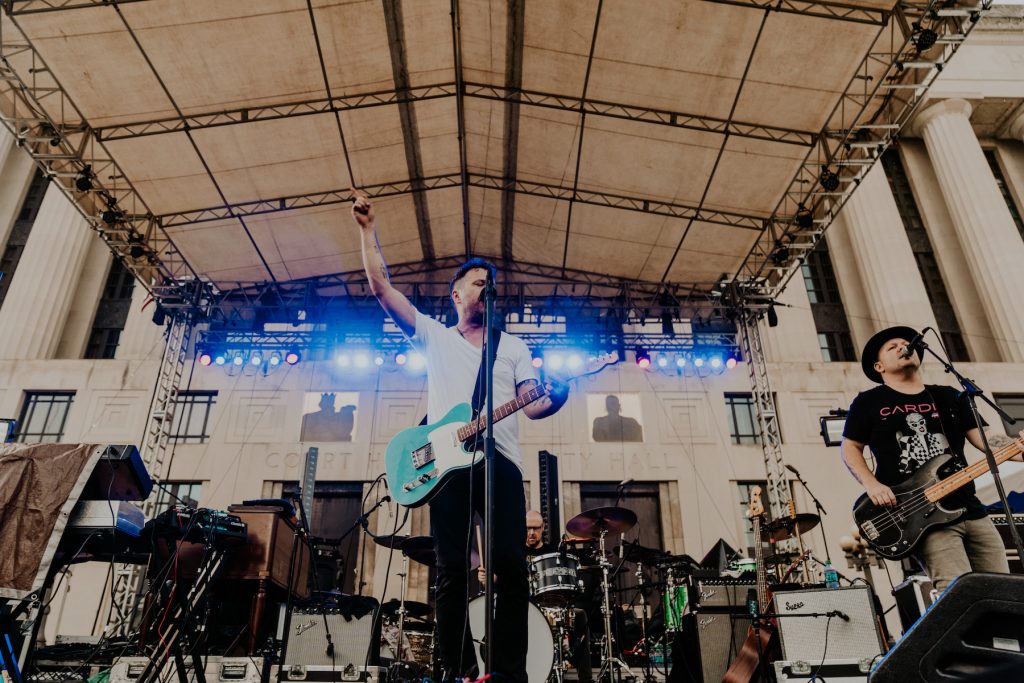 Will Hoge. Photo by Andrew Ha.

Nashville born and bred songwriter Will Hoge was the first to kick off the musical portion of the event, and it was great to see the talented musician get some attention at LOTG.  I’ve seen Will perform over the years at intimate locations, but the big stage didn’t unsettle him in the slightest.  He and his band possessed a swagger that was evident from the first notes, as he powered up a sound that perfectly wandered between Isbell and Petty to pull the soaked crowd out from under cover.  As his rain-shortened set started to wind down, Hoge returned to his familiar acoustic guitar to play some politically charged tunes, including the hit of the night, “Jesus Came To Tennessee.”  While this wasn’t the best Hoge performance I’ve ever seen, it was a great start to the night, and a well-deserving nod to Hoge to open up the festivities 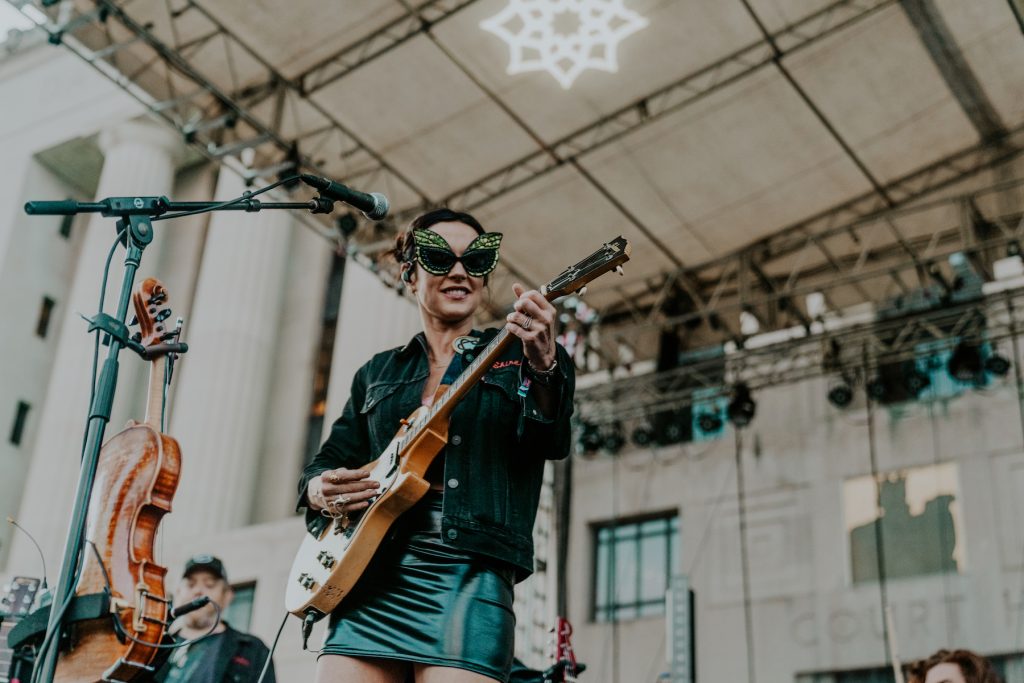 Things continued to look up as Amanda Shires took the stage, adorned in a black denim jacket, short black skirt, frilly halter top, and butterfly glasses.  It was almost enough to make one forget that her star-studded husband had accompanied her on-stage to offer up his guitar prowess to what would prove to be the unforgettable set of the night.  Forget all of the accomplishments of Shires, from her standing claim as the queen of Americana to her role in the seriously remarkable new supergroup, The Highwomen.  This was a night were Shires shined in bringing an almost Jim James-esque set of psychedelically laced rock tunes to the crowd.  I’ve seen Shires a number of times over the years with and without Isbell, but this was the most confident that I’ve seen her music performed, and it was truly the set of the night. 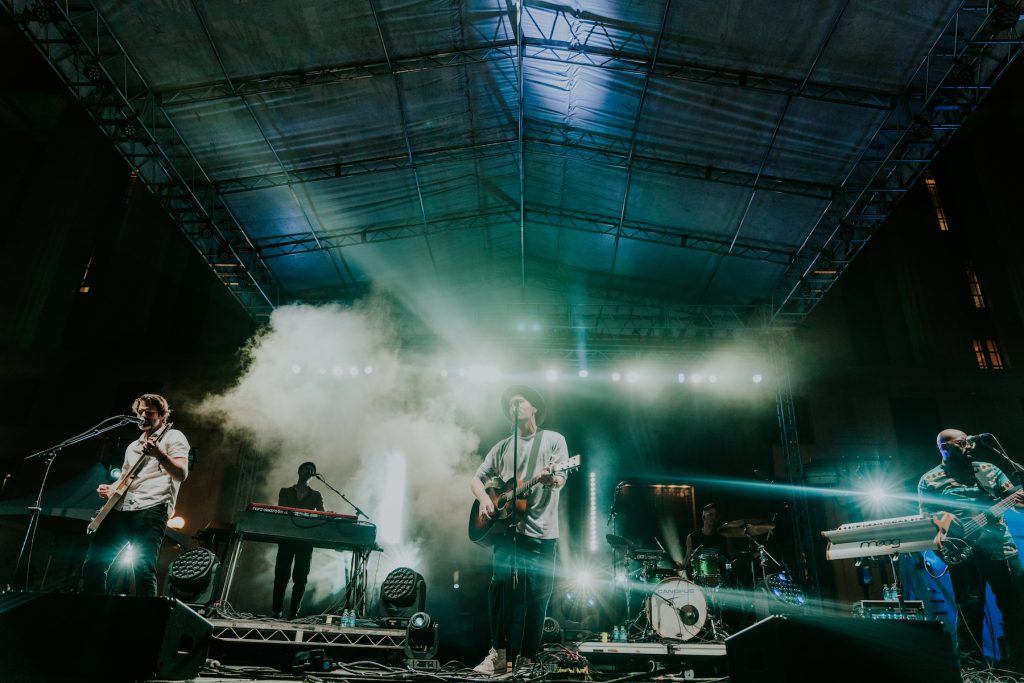 While the crowd on Thursday never really reached peak potential of some of the biggest LOTGs, it had swelled to a respectable post-rain size by the time Mat Kearney graced the stage.  I wouldn’t call myself the biggest fan of Kearney, but I was definitely in the minority at Public Square Park on Thursday.  His made for television, pop laced songs are perfect singalongs, and the crowd obliged the Oregon transplant.  Pulling tracks from his most recent records, 2018’s CRAZYTALK, as well as 2015 breakout Just Kids, there was plenty to be excited about, and he was the perfect warmup for the evening’s closer, Johnnyswim. 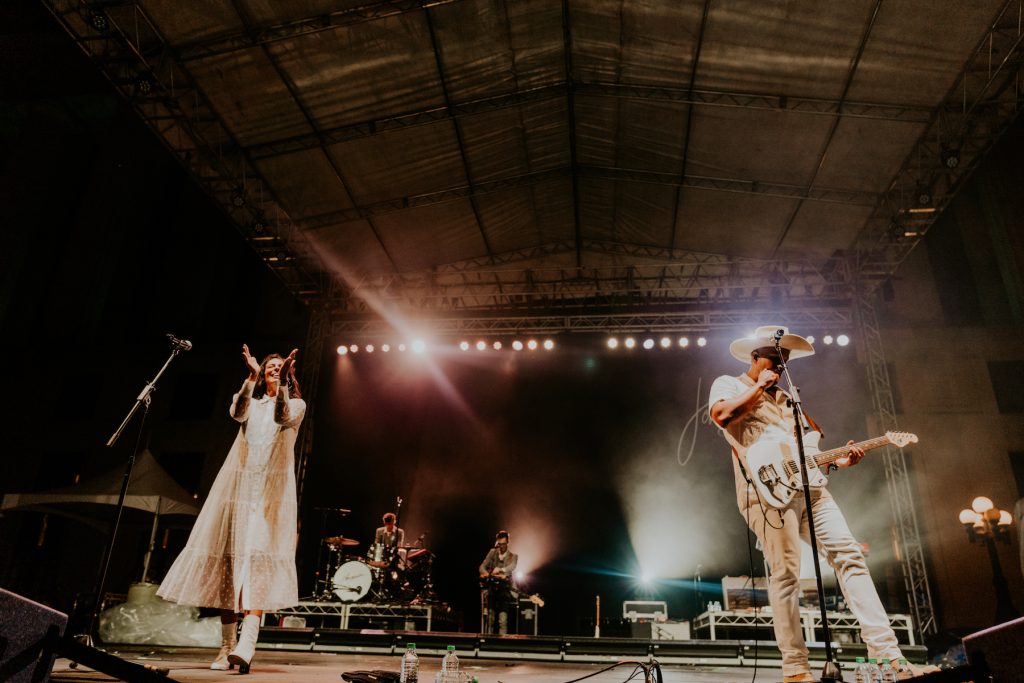 As the night started to wane, there was sizable anticipation for husband-wife duo Johnnyswim.  It was like a true homecoming for these rising stars, and they relished in the opportunity to return to their roots to share stories and tracks from their expanding catalog.  They regaled the crowd with tracks from their most recent release, Moonlight, and also pulled some tracks from older records, such as Diamonds, which brought back memories of their last LOTG appearance in 2014.

As I wandered out to catch a ride home after the event, I found myself thinking back to the years past, and about what a consistent community LOTG has become in an ever-changing Nashville.  Even in an increasingly crowded space for people’s attention, they remain incredibly relevant, and let’s hope they can continue that for many years to come.

Live on the Green continues this Thursday, Aug. 29 to kick off the four-day finale weekend with two stages of music featuring O.A.R., Yacht Rock Revue, American Authors, The Daybreaks, Maggie Rose & Them Vibes, morgxn, and Briston Maroney. Keep an eye out for a full preview later this week, along with our coverage after the show. And, as always, head to LOTG’s site for more info.