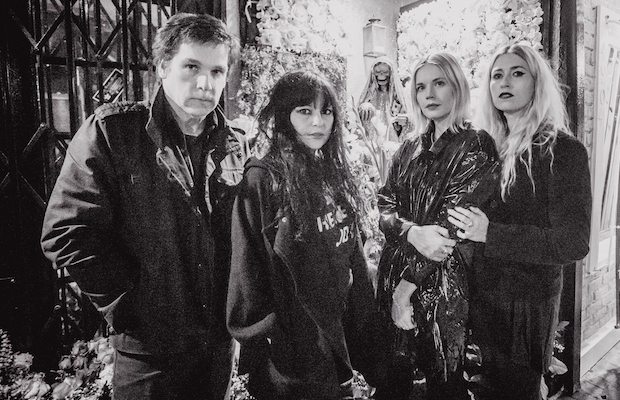 Dark, eclectic, buzzworthy, and embodying the punk and garage rock spirit on eras past, breakout Los Angeles group Death Valley Girls have released some of the best, most unadulterated rock records in recent years, honing a wild and thrilling live show along the way. The group are set to headline Nashville’s own Mercy Lounge tonight, Aug. 9 (possibly their first Music City show ever- or at least the first we can find record of), along with Detroit glam psych rock up and comers Moonwalks and local punk fixture Spodee Boy, making for one killer, rock fueled lineup from top to bottom. We urge you to snag tickets right here while they last, then read on for more about the show below.

Death Valley Girls, Moonwalks, and Spodee Boy will perform tonight, Aug. 9 at Mercy Lounge. The show is 18+, begins at 8 p.m. (doors at 7 p.m.), and tickets are available to purchase for $12.