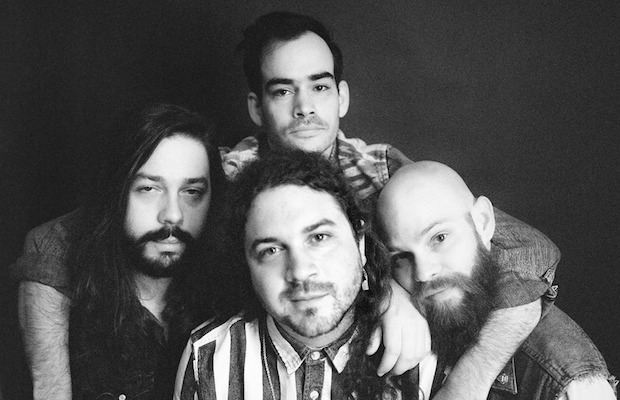 Another early single, “Hometown Hero,” further flexed H.A.R.D.’s range and had us keeping a close eye on the group ahead of their absolutely fantastic debut EP, Have A Rad Day, which dropped last summer, and serves a hell of an introductory effort, landing as one last year’s best local releases, and asserting H.A.R.D. as the next great Nashville rock band to watch, especially if you’ve been mourning the loss of Diarrhea Planet as hard as we have (Smith’s production hand is definitely felt, and he even appears as a guest on standout track “Sports Sinner”).

The hard-hitting, fun-loving, riff-shredding indie punks wowed us last weekend in Louisville at Forecastle Fest, and today just dropped an inspired new single- a first taste of new music since their EP- the beer-guzzling, guitar-soaring, chant-along-primed “Thank God There Are People Like Me,” which you can stream right now below! Tonight, July 19, they’re set to celebrate with a local headliner at The High Watt, with support from a stellar bill of favorites: garage rockers Microwave Mountain, grungy alt rockers Reality Something, and indie rock outfit Quiet Oaks, all acts regular readers should be more than familiar with. This is sure to be one of the best local shows of the summer, and you can still get tickets right here while they last!