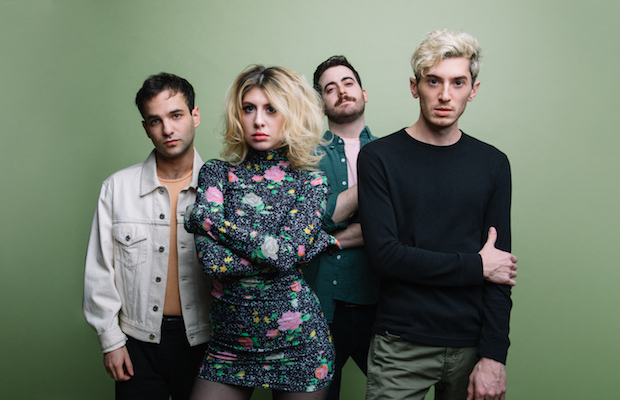 A longtime site favorite, grungy, Brooklyn power pop outfit Charly Bliss wowed us with some early Music City stops several years back, supporting Veruca Salt and appearing at The Stone Fox on tours before they’d even released a proper full-length. It’s been a couple years since the band last made it to Nashville, however, most recently appearing at The High Watt in support of their stunning debut album, Guppy, in early 2017. In the time since, the group have only continued to grow in buzz, celebrated for their juxtaposition of nostalgic, poppy, energetic pop rock with more serious and personal lyrical themes, and have doubled down on their pop leanings with their stellar recent sophomore effort, Young Enough, one of our favorite albums of the year so far. Returning to town for their largest headliner yet in support, July 9 at Mercy Lounge, Charly Bliss will be joined by fellow Brooklynite, also celebrating a great new LP, electronic pop singer Emily Reo. Without a doubt one of our most-anticipated shows of the summer, you can get tickets right here while they last! Or, if you’d rather try your luck, we’re also giving away a pair of tickets to one lucky fan– read on for more about the show, and enter for a chance to win below.

Winner will be announced Monday, July 8 at 12 p.m. CDT, and will receive one pair of tickets. Good luck!