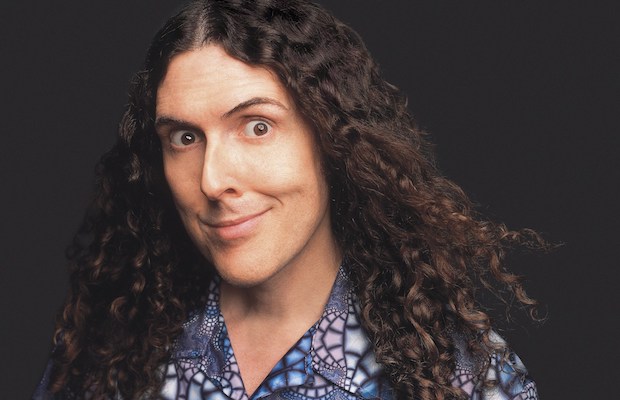 Beloved comedian and parody artist extraordinaire “Weird Al” Yankovic has been touring the world since first finding breakout success in the early ’80s, carving out a weird and unique niche that has earned him a loyal following, certifiable hit records (including his first-ever #1 with 2014’s Mandatory Fun), a feature film, a TV show, and a cemented spot in the pop culture zeitgeist, synonymous with parody and musical comedy. Best known for his breakout parody hits like “Fat” (“Bad”), “Eat It” (“Beat It”), “Smells Like Nirvana” (“Smells Like Teen Spirt”), “Amish Paradise” (“Gangsta’s Paradise”), “White & Nerdy” (“Ridin'”), “Like A Surgeon” (“Like a Virgin”), and many more, all of which were brought to life by zany and hilarious videos, that Al and his band have been meticulously recreating on the road for decades, Yankovic opted last year to cater to longtime, diehard fans with an intimate run called “The Ridiculously Self-Indulgent, Ill-Advised Vanity Tour,” where he briefly retired the costumes and elaborate production, dug into his catalogue to dust off some deep cuts, and performed more intimate arrangements in smaller rooms.

Following that trek’s conclusion, Yankovic opted to announce another tour for 2019, the “String Attached Tour,” his most full-blown, over-the-top extravaganza ever, where he not only returns to playing the hits and classics (along with the promise of some deep cuts never performed live), with his usual big production costumes, props, video wall, and backing band, but also, new for this run, is adding additional background singers, and will tap a full symphonic orchestra in each city for accompaniment, with, of course, The Nashville Symphony on deck when he returns to Music City tonight, June 29 to headline Ascend Amphitheater. Only a handful of tickets remain, and you can snag them here while they last! Needless to say, whether you’re a lifelong fan or just now interested in seeing Al for the first time, this sounds like one of the most spectacular, one-of-a-kind ways to see the long-running funnyman’s acclaimed live show!

“Weird Al” Yankovic will perform tonight, June 29 at Ascend Amphitheater with accompaniment from the Nashville Symphony. The show is all ages, begins at 8 p.m. (no opener is billed, so we advise punctuality), and tickets are available to purchase for $30-60.