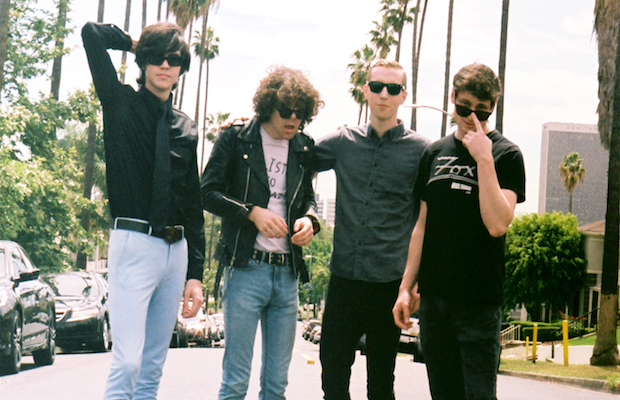 A true DIY success story, Car Seat Headrest began in 2010 as a musical vehicle for eclectic artist Will Toledo, then 17, in his native Leesburg, VA, named literally for the back of the family car where Toledo holed up to record vocals for his early, fiercely independent efforts. Initially a thoroughly solo effort, Will embraced Bandcamp as a distribution platform to release a staggering 11 albums over just three years, developing a devoted cult following without the help of a label or representation, and eventually earning the attention of Matador Records, who signed the project in 2015. After moving to Seattle and recruiting a proper group of backing players, transforming Car Seat Headrest into a full band, Toledo and co. dug into the back catalogue to craft fleshed out, reworked versions of prior CSR material to serve as a label introduction with 2015’s Teens of Style.

2016’s Teens of Denial, Car Seat Headrest’s 13th album overall, was the group’s first totally new collection of full band material, and thanks to buzzy tracks like “Vincent” and “Drunk Drivers/Killer Whales,” helped helped the band reach an even wider audience, fast approaching household name status, furthered by re-recorded version of prior effort Twin Fantasy last year. With a very personal, smart, and insightful lyrical prowess and a dynamic, inventive indie rock style, Car Seat Headrest are one of the most exciting rock groups to pop up in recent memory, and with an engaging, stellar live show to boot (which they’ve wonderfully captured on brand new live album, Commit Yourself Completely), they’re at must-see in person.

You can do just that tonight, June 28, when Car Seat Headrest return to Nashville for the first time since appearing at Live on the Green last summer, and for their first Music City headliner since 2016, graduating to Cannery Ballroom along with buzzy Seattle rockers Naked Giants! Get tickets here while they last.

Car Seat Headrest and Naked Giants will perform tonight, June 28 at Cannery Ballroom. The show is 18+, begins at 9 p.m. (doors at 8 p.m.), and tickets are available to purchase for $25.