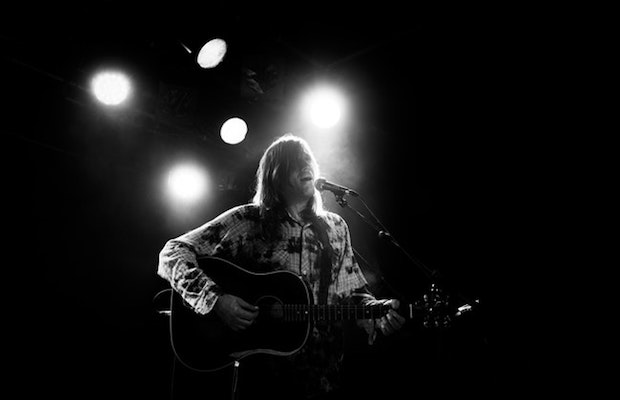 Formed as teens in Boston in the mid-’80s, punk tinged alt rock outfit The Lemonheads, initially just called Lemonheads, rose to indie rock prominence with a trio of early albums, 1987’s Hate Your Friends, ’88’s Creator, and ’89’s Lick, heralded as as fixture of the burgeoning college rock scene, but still somewhat niche at the mainstream level. The departure of founding co-vocalist and co-writer Ben Deily, which more or less transformed the group into a rotating cast of live and studio players around frontman Evan Dando (including members of acts like Dinosaur Jr and Descendents over the years), coupled with the somewhat tepid response to 1990 major label debut Lovey, promoted Dando to decamp to Australia and double down on new material, leading to 1992’s critical breakthrough, career-making, and best-known LP It’s a Shame About Ray. National press, worldwide tours, television appearances, and widespread radio play would follow, along with a couple more well-received ’90s LPs, but by 1997, burnt out by road weariness and self-destructive behavior, Dando opted to put The Lemonheads on hiatus.

Plenty of solo activity, including inspired 2003 effort Baby I’m Bored, would follow, and by ’05, Dando was ready to resurrect The Lemonheads moniker, returning the following year with an eponymous new LP- their last to feature original work- which leaned into the band’s long-simmering cosmic country influences and classic punk affinity. In the decade and a half since, The Lemondheads have remained a celebrated fixture of ’80s and ’90s indie and punk, touring with a rotating lineup, and releasing two eclectic covers albums, 2009’s Varshons and this year’s Varshons 2, which features takes on songs from the likes of Nick Cave, The Eagles, Lucinda Williams, and, inexplicably, even Florida Georgia Line. While talk of new original work, possibly even including the return of Deily, has bubbled up here and there, so far, nothing has materialized. Still, we have The Lemonheads’ impressive, 30+ year career to celebrate, and you can do just that tonight, June 6, when they return to town for the first time in years to headline Exit/In, along with opener and legend in his own right, Tommy Stinson!

Best known as the bassist and founding member of seminal ’80s punk/alternative group The Replacements (who reconvened in 2013, only to split once more in 2015), as well as for his 18 year tenure in Guns N’ Roses (which ended amicably in 2016 to make way for their current classic lineup reunion), Tommy Stinson is inarguably a rock and roll legend. Between the ‘Mats and GnR, Tommy fronted two lesser known ’90s groups, Bash & Pop, and Perfect, and has been flirting with solo material, as well as contributing to groups like Soul Asylum and Old 97’s, since the mid ’00s. A talented frontman and songwriter in his own right, Stinson’s solo debut LP, Village Gorilla Head, made a splash in 2004, and his 2011 followup, One Man Mutiny, further honed his style. With newfound time on his hands, Tommy’s been touring and writing more over the last couple of years, and, after he was bitten by the reunion bug with the Replacements, and following in the footsteps of the first ‘Mats breakup, made the surprising and welcome decision to bring back Bash & Pop, albeit with a new lineup, nearly 25 years later, releasing criminally underrated new effort Anything Could Happen at the start of 2017. After a Bash & Pop reunion run last year, Tommy’s moved back to touring solo in a more stripped down affair, and couldn’t be more perfectly suited to open this show. Get tickets here!