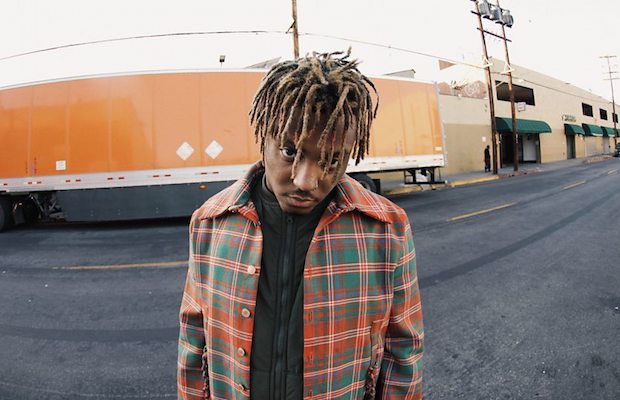 Born Jarad Higgins and raised in Chicago’s south side, Juice WRLD‘s stunning and meteoric rise to hip hop superstardom, breaking through to the mainstream last year after early SoundCloud success, has been one of the most impressive and swift career ascents in recent memory. Only 20 years old, Higgins grew up listening to an eclectic mix of music, taking early inspiration both from classic and contemporary hip hop artists like Tupac, Odd Future, and Future, as well as rock, punk, screamo, and metal, being introduced to screamo and emo bands by an ex-girlfriend, and discovering broader rock, pop punk, and classic punk staples thanks to Tony Hawk’s Pro Skater, citing everyone from Billy Idol to Fall Out Boy as an influence on his genre-defying sound, often labeled as “emo rap,” a subset of the SoundCloud rap’s homegrown, DIY, bedroom rap movement that has turned many a young, independent artist into a massive, mainstream sensation in recent years.

After uploading early self-recorded demos to SoundCloud, and honing a knack for freestyling, Juice WRLD landed on the radar of follow Chicago rapper and burgeoning entrepreneur Lil Bibby, who signed him to his Grade A Productions and became his manager, using his industry connections to attract the then-unknown artist interest from multiple major labels. After some buzz from early mixtapes and EPs, it was a pair of tracks, “All Girls Are the Same” and “Lucid Dreams,” that catapulted Juice into the zeitgeist, earning millions upon millions of streams (in “Lucid”‘s case, now over a billion), as he landed a $3 mil record deal with Interscope- a massive take for an untested newcomer. Propelled by “Lucid Dreams”‘ viral success, Juice WRLD’s debut LP, Goodbye & Good Riddance, transformed him into an overnight star last spring, finding crossover appeal for his earnest, angsty, and relatively clean style. He’s since moved to Beverly Hills, dropped a joint mixtape with his idol Future, toured with Nicki Minaj, and further refined his unique sound with this year’s followup, Death Race for Love. His primetime, main stage slot would suggest that Juice skipped the “up and comer” path to ‘Roo, but given his fast ascent, we wouldn’t fault you if you haven’t yet given this newcomer a shake, especially if you’re less dialed into to contemporary hip hop. Transcending the moniker of just another “SoundCloud rapper” and more complex than just being labeled “emo rap,” Juice WRLD is one of the most exciting new voices in hip hop, and an essential weekend find at Bonnaroo!