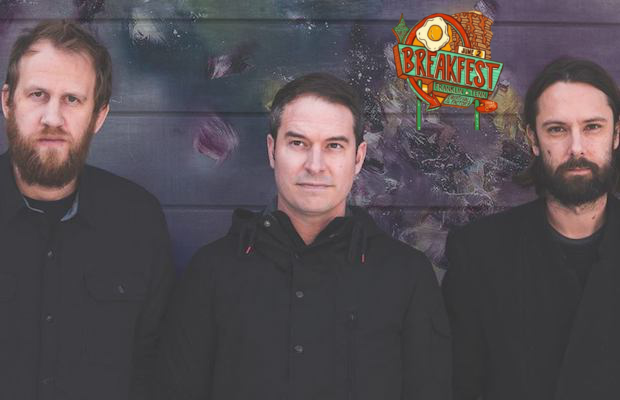 Formed in 2001 in Norfolk, Virginia, beloved group Mae quickly became a fixture of the indie scene after singing to Tooth & Nail and releasing their classic debut LP, Destination: Beautiful, in 2003. Though they’ve always been associated with the emo explosion of the mid-’00s, and did, in fact, typically tour and rub elbows with acts from that scene, as well as appear at events like Warped Tour, their sound was always a bit more power pop than pop punk, a layered, melodic, lush and emo-laced indie rock, more akin to peers like Copeland or Something Corporate. Already commanding a cult following, Mae found even more widespread acclaim for their fan-favorite sophomore release The Everglow in 2005, and briefly made the major label jump to Capital Records for their 2007 followup, Singularity.

A core trio of frontman Dave Elkins, guitarist Zach Gehring, and drummer Jacob Marshall (bassist Mark Padgett and keyboard player Rob Sweitzer departed in ’07, returned a few years later for some anniversary runs, and have been absent the current lineup for the past few years), Mae self-released a trio of EPs, Morning, Afternoon, and Evening through 2009 and ’10, before announcing their intent to go on hiatus. Fortunately for us, their split never really seemed to take; despite a marked slowdown in activity, the band managed to extended their farewell shows for a couple years, then returned not long after for some Destination: Beautiful 10th anniversary dates. By 2015, a short run of Everglow 10th dates had turned into a full-on tour, seemingly sparking a desire to mount a proper return, eventually leading to their first album in over a decade, last year’s sprawling, cosmic, and stellar Multisensory Aesthetic Experience, recored in Nashville by Elkins at his Schematic Studios (he’s been a Music City resident and full-time for almost a decade, and also has a side-project called Schematic). Though no strangers to Nashville in recent years, it’s still always a treat to see Mae live, and with new music in tow, their BreakFEST set is sure to be a standout!