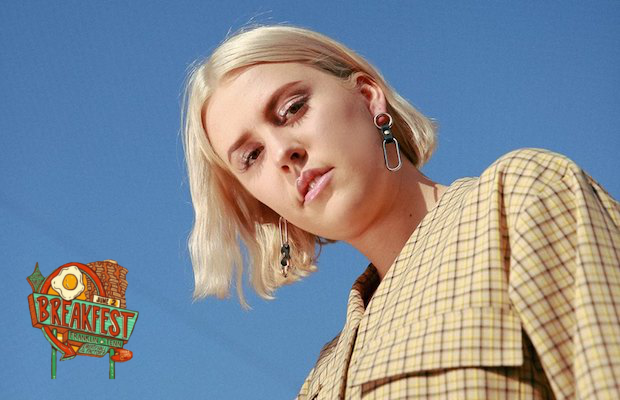 The brainchild of 20 year old LA raised musical artist Lexi Aviles, who’s been splitting her time in Nashville in recent years as well, Love You Later is a project that only made an introduction two years ago with the release of first single “Lost in Los Angeles,” but has since earned the young singer millions of streams, prominent playlist spots, and positive critical buzz. Channeling a dreamy, indie pop sound with an earnest and confessional thematic weight, and an unabashed love for synth-drenched, indulgent ’80s nostalgia a la Bleachers (even her photos and visual aesthetic feel gloriously retro), Aviles released her debut EP, How Many Nights Do You Dance with Tears in Your Eyes?, last year, compiling her first three singles and two new tracks, and making even more of a ripple in the blogosphere.

A truly homegrown effort, Aviles’ material for Love You Later is authentically bedroom pop, crafted alone, recorded in a garage with the help of a producer friend, and self-released, but, nonetheless, has already propelled her to some exciting early success, landing a gig opening for One Republic in Honolulu, as well as a debut at SXSW last year (and return this spring), along with a handful of national dates and some events with Sofar Sounds. More recently, Love You Later has released a couple of new singles (with the promise of another EP on the way), and has been increasingly active around town, notably hosting a super cool birthday show and release party for her hypnotic track “Harder on Myself” back in January at Mercy Lounge, and a recent “Haw Yee Disco” party at Rocketown. An exciting addition to Nashville’s indie scene, Love You Later might be the most pop without the punk artist on the BreakFEST lineup, but she’s nonetheless an extraordinary talent who brings a super cool bit of variety to the bill.