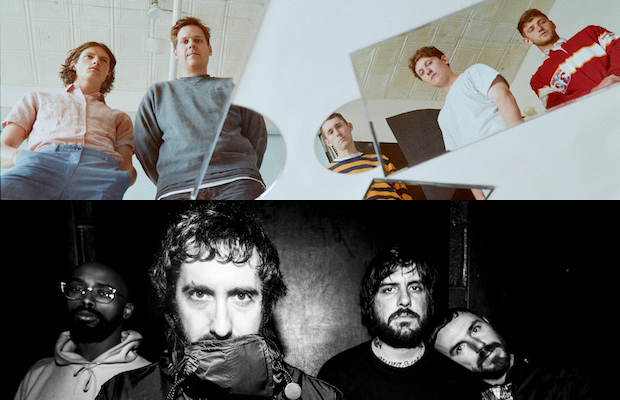 In a truly inspired tour pairing, two of the indie punk, alt rock, and post-hardcore scene’s most eclectic and critically beloved breakout acts, both of which bear a strong sonic influence from the ’90s, and find an incredible balance between raw and heavy intensity and melodic resonance, England’s Basement and Philadelphia’s Nothing, are set to bring their co-headlining tour to Exit/In on May 22. Both bands released excellent new albums last year, and, while similar in many respects, both land in particularly distinct and constantly evolving musical territory. Fans of shoegaze, noise rock, indie, punk, and hardcore will want to make this show, which also includes buzzy Florida punk and hardcore up and comers Gouge Away, a priority, and tickets are still available right here while they last! If you’d rather leave it to chance, however, we’re excited to announce that we’re also giving away a pair of tickets to one lucky fan! Read on for more about the show, and enter for a chance to win below.

Winner will be announced Tuesday, May 21 at 12 p.m. CDT, and will receive one pair of tickets. Good luck!