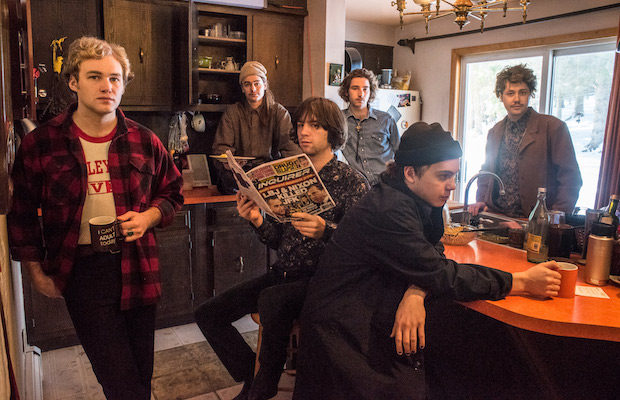 A chance meeting with Black Lips drummer Oakley Munson, who took an interest and became something of a mentor and manger, in 2014 proved to be a huge catalyst for the group, and after Munson produced their first EP, Hot Tub, in 2016, they eventually relocated to his home base in the Catskill Mountains of New York, paying rent and helping out with manual labor while he served as producer for their subsequent eponymous debut, released last year through New West Records. Adopting a soulful, folky, garage forged ’60s psychedelia like a twangier Velvet Underground meets The Rolling Stones, the group definitely give a strong nod to the past, but still keep enough modern sensibilities to feel timeless, landing them widespread acclaim and shows with the likes of legendary performers Arctic Monkeys and Jack White, as well as acts like The Growlers, Ron Gallo, and Sunflower Bean. Their live show has been one of the band’s strongest assets from the start, and we have no doubt their prime Thursday billing will make for one of the coolest rock sets of the weekend.