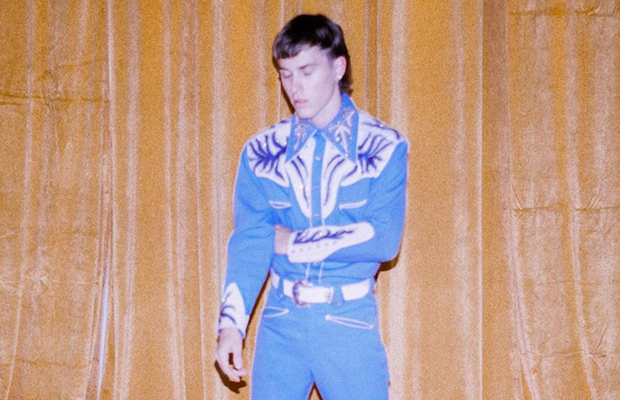 Since making his stunning debut with last fall’s first full-length, Love, Nostalgia, Nashville’s Dreamer Boy, the latest musical outlet for local artist Zach Taylor, along with his producer and collaborator Bobby Knepper, has been drumming up buzz throughout the blogosphere and beyond, with festival appearances and a string of buzzy tour dates clocked in recent months, as well as a growing, organic, and enthusiastic following here at home. Though still underrated, in part because the project is very new, Dreamer Boy has all of the ingredients to be one of Music City’s next big breakout acts, crafting stylish, earnest, emotional and thoroughly modern songs with an original twist he’s dubbed “cowboy pop,” and the refined, thoughtful, visual flair to match. While there have been chances to see hometown outings in DIY settings and supporting slots, for their first prominent, headlining, formal local affair, Dreamer Boy is set to play a venue less trafficked, at least for music: The Belcourt. Perfectly fitting of the singer’s cinematic aesthetic, the beloved local indie cinema will host the performance tonight, May 8, and tickets are still available right here while they last! Definitely one of the coolest outings of the spring, read on for more about the show!

Dreamer Boy will perform tonight, May 8 at The Belcourt. The show is all ages, begins at 9 p.m. (doors at 8 p.m.), and tickets are available to purchase for $15.