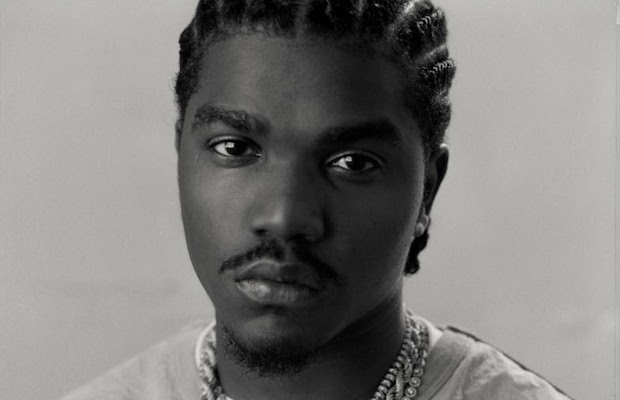 Hailing from St. Louis (and also associated with Chicago), rising underground hip hop and r&b fixture Smino was born into a multi-generational musical family, taking up drums at a young age, and influenced by gospel, jazz, soul, and classic hip hop as he began to form his artistic identity early on, initially drawn to soulful, southern rappers and r&b artists, before gravitating to critically acclaimed and unique greats like Kanye West and Andre 3000 in forging his own sound. After meeting engineer and eventually manager Chris “Classick” Inumerable while attending Columbia, Smino managed to attract early buzz thanks to some initial mixtapes and EPs a few years back, eventually inking a deal with indie label Downtown Records ahead of his debut full-length, blkswm, in 2017.

A frequent collaborator of lots of underground, buzzy rapper and singers, most all of whom are based in Chicago or St. Louis, like Noname, Drea Smith, and Jean Deaux, Smino founded musical collective and label Zero Fatigue with Monte Booker, Jay2, Bari, Ravyn Lenae, Elton “L10MixedIt” Chueng, Chris “Classick” Innumerable, and Nosidam, and has been an important and celebrated fixture in ushering in a vibrant, multimedia, underground scene and artistic movement. After touring with SZA in support of his debut, Smino released his sophomore effort, NØIR, last fall, showcasing more complexity, levity, and artistic experimentation, and once again landing one of the best hip hop releases of the year.

Tonight, May 2, Smino brings his Hoopi Tour to Cannery Ballroom, apparently the rapper’s first Nashville headliner, and a must-see show for any fan of substantive, artistic, genre-bending, r&b and soul infused hip hop. He’ll be joined by Atlanta underground critical darlings and J. Cole cohorts EarthGang, along with Phoelix, a longtime Smino collaborator as well as Noname’s breakout producer. Snag tickets here while they last!

Smino, EarthGang, and Phoelix will perform tonight, May 2 at Cannery Ballroom. The show is 18+, begins at 8 p.m. (doors at 7 p.m.), and tickets are available to purchase for $25.