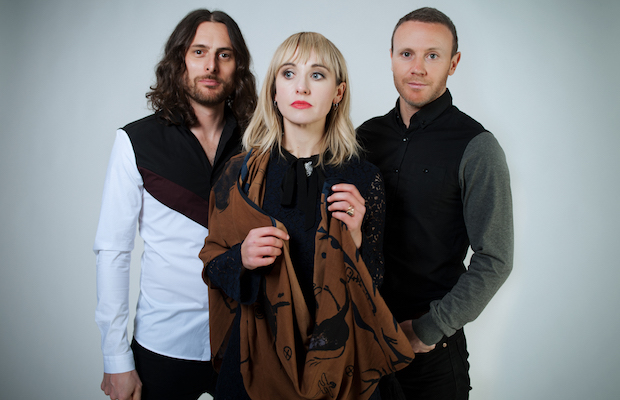 Formed over a decade ago in their home of Wales, but London based since around the time of their 2011 breakthrough debut LP, The Big Roar, alt rock, dream pop, and shoegazing trio The Joy Formidable have, over four great full-lengths, persistent critical acclaim, and years of traveling the globe, long been one of the most beloved and consistent acts in the indie rock scene, far from underground, but still not quite a household name stateside (though their sophomore effort, Wolf’s Law, had a decent commercial showing, not long after the band landed on a song on the highly-popular Twilight soundtrack).

Still out in support of last fall’s great fourth album, AAARTH, which landed The Joy Formidable a string of shows with Foo Fighters late last year, the band return to Nashville tonight, May 1, for their first Music City date since 2016, and first show at The Basement East ever, with support from local indie rockers and site faves Creature Comfort, who, notably, recently won this year’s Music City Mayhem competition, earning a spot at the upcoming season of Live on the Green. One of the coolest shows of the week (especially if you couldn’t get tickets to flashier, bigger events like Tame Impala’s sold out show tomorrow), tickets are available right here while they last; don’t miss out!

The Joy Formidable and Creature Comfort will perform tonight, May 1 at The Basement East. The show is 18+, begins at 8 p.m. (doors at 7 p.m.), and tickets are available to purchase for $20.