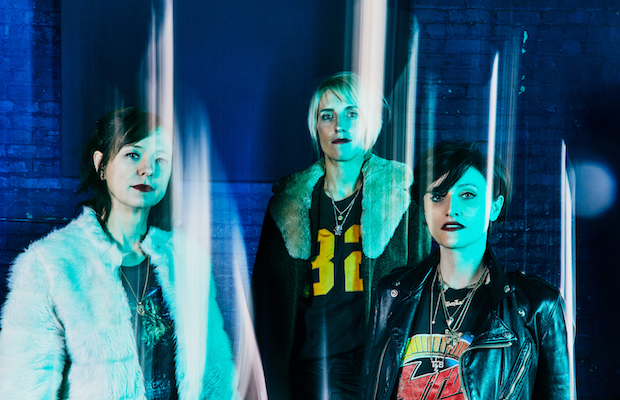 The impressive, hard rocking yet pop accessible, artsy, and eclectic latest project of Mary Timony (Autoclave, Helium, Wild Flag), DC’s Ex Hex have been an important fixture in the underground rock scene since first springing to life five years ago with their acclaimed debut. Out in support of their recent, long-awaited sophomore effort, It’s Real, the band are set to return to Nashville for the first time since an unforgettable Stone Fox outing years back, to headline Exit/In on May 3 with buzzy LA punks Feels, who are also celebrating a highly-anticipated new sophomore release. Easily one of the coolest bills of the spring, and a must-see for fans of genre-bending, artsy, and smart rock, indie, and punk, tickets are still available while they last right here! Or, if you’d rather try your luck, we’re also giving away a pair of tickets to one lucky fan. Read on for more about the show, and enter for a chance to win below!

Winner will be announced Wednesday, May 1 at 6 p.m. CDT, and will receive one pair of tickets. Good luck!