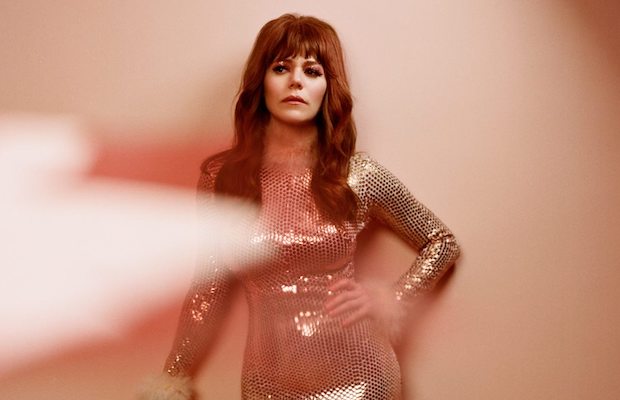 Since springing back to action last summer with some live dates (including an intimate outing at The Basement East), festival appearances, and teases of new music, beloved indie rock icon (and now at least part-time Nashvillian) Jenny Lewis has been building to the release of her incredible new solo album, On the Line, a star-studded affair and the singer’s first since 2014’s The Voyager, which officially dropped last week. In celebration, Lewis, who rose to fame fronting Rilo Kiley and has also been apart of projects like The Postal Service, Jenny & Johnny, and Nice As Fuck, is slated to return to The Ryman Auditorium tonight, March 31, along with The Cactus Blossoms, a highly-anticipated and sure to be magical performance for which you can still grab tickets right here!

In celebration of On the Line‘s release, Lewis recently threw an online listening party, which doubled as a retro-styled telethon fundraiser for the Los Angeles Downtown Women’s Center, featuring an eclectic gang of Jenny’s famous friends. Footage from that event was then recently cut into a music video for “Red Bull & Hennessy,” the album’s lead single and one that’s been a part of her live repertoire for awhile. Dreamy and dripping in ’70s flair, the excellent spot features cameos from Beck, St. Vincent, Jeff Goldblum, Jason Schwartzman, Tim Heidecker, Mac DeMarco, Danielle Haim, David Arquette, Vanessa Bayer, and even Nashville’s own Nikki Lane, having a blast and giving us the worst case of FOMO of 2019.

In case it wasn’t clear from this video (or you weren’t already aware), Jenny Lewis is very much an artist’s artist, and there’s no telling who might show up at her concert tonight (last Ryman outing, with The Watson Twins, she welcomed Jimmy Buffet to the stage, is known for palling around with Bill Murray, and even tapped Ringo Starr to play drums on her new record). Even if it’s just Lewis and her (Nashville-rooted) band alone, though, it’s bound to be one fo the coolest, vibeiest, most fun Ryman shows you’ll see all year. Don’t miss it!