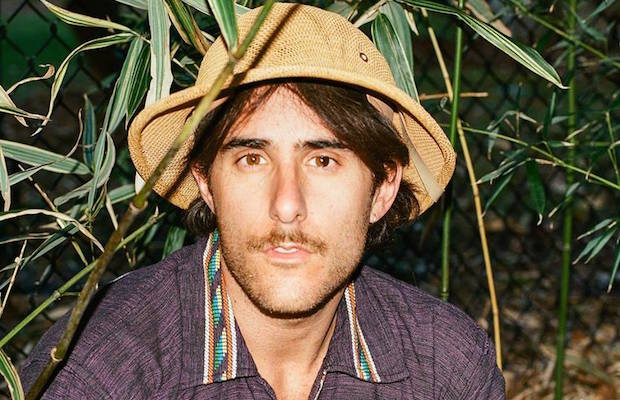 Tacking 2019 with the most free time in a few years, as his other band, Paramore, take a breather in between albums, local musician and visual artist Zac Farro is prepping to release new music with his long-running solo vehicle HalfNoise for the the third year in a row (even with his busy schedule after rejoining Paramore, Farro still managed to drop two EPs and intermittently tour with HalfNoise over the past couple a years; an impressive fest for sure). Kicking off a series of U.S. shows (in Nashville, New York, and LA), before hitting the festival circuit this summer, HalfNoise will bring an evening of music, art, and friendship to The Basement East tonight, March 15, for their first hometown show of the year. Joining in on the fun is an eclectic local lineup, featuring string band Hogslop String Band, indie pop singer Bantug, and the party-starting DJs of Sparkle City Disco, making for a guaranteed good time. Tickets are still available here while they last, so snag yours now and read on for more about the show!

By now you should be more than familiar with HalfNoise, the solo musical vehicle of Paramore drummer Zac Farro, a longtime local fave and friend of the site. Formed and cultivated between Farro’s 2010 departure from Paramore and his return to the renowned group in 2017, HalfNoise has, so far, released two full-length albums and three EPs, navigating the realms of ambient, indie rock, synthpop, and groovy, retro psychedelic rock. In a swift followup to 2017’s The Velvet Face EP, HalfNoise dropped his latest EP, Flowerss, last year, which keeps with the analog, psyched-out vibe but also reincorporates some of the ambient, layered feel of prior releases (like 2014 full-length Volcano Crowe and 2016 followup Sudden Feeling). Sticking with that same prolific schedule (and now with some free time as Paramore take a breather), Farro just released a new single, with another record on the way, ahead of a series of shows in Nashville, New York, and LA, which also promise art and friendship (something his other band values as well).

HalfNoise, Hogslop String Band, Bantug, and Sparkle City Disco will perform tonight, March 15 at The Basement East. The show is 18+, begins at 9 p.m. (doors at 8 p.m.), and tickets are available to purchase for $15.