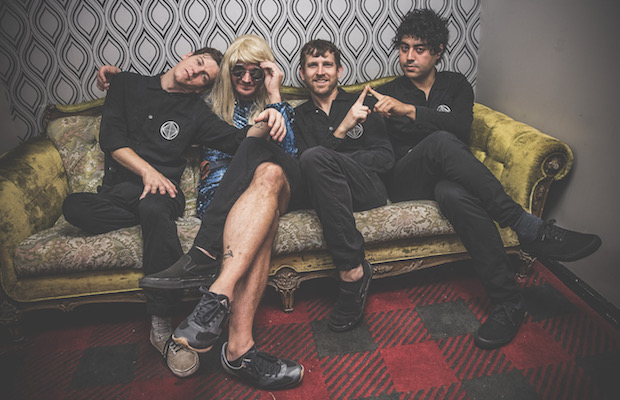 After passing through Exit/In in recent years (and, notably, packing it out), Portland indie/electro pop faves STRFKR are gearing up for a Music City return that sees a bit of a bump in room size, bringing them to Cannery Ballroom on March 6 with Kansas City indie pop up and comers Shy Boys. While it’s been a couple of years since STRFKR’s last full-length, a return to their more electronic roots dubbed Being No One, Going Nowhere, the band released a record of remixes last year, and continue to constantly evolve their engaging, multimedia live show that just begs to be witnessed in person. You can do just that by grabbing tickets right here; or, if you’d rather take your chances, we’re also giving away a pair of tickets to one lucky fan! Read on for more about the show, and enter for a chance to win below.

Winner will be announced Tuesday, March 5 at 12 p.m. CST, and will receive one pair of tickets. Good luck!