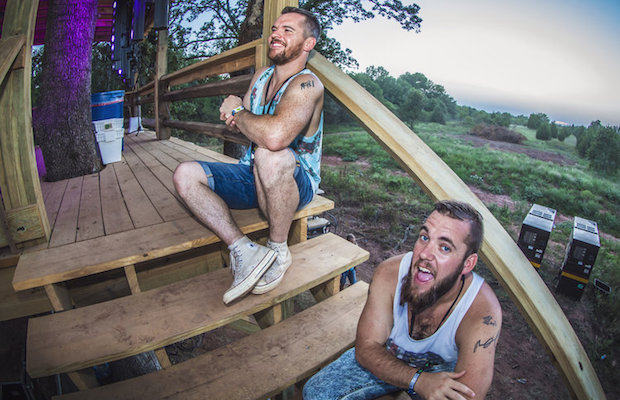 Fans of jam-worthy funk, dance music, and EDM take note, Marathon Music Works is boasting one stacked lineup of unique performers on Feb. 16, headed up by Kansas EDM meets funk and jazz infused brotherly duo The Floozies, who’ve had a huge and buzzworthy couple of years. Tapped for support are buskers turned beloved brass house trio Too Many Zoos, no strangers to Music City, and rising EDM producer Dreamers Delight, all set to bring the party starting vibes and good times with their own respective twists. You can still get tickets right here, but we’re excited to announce that we’re also giving away a pair of tickets to one lucky fan! Read on for more about the show, and enter for a chance to win below.

Winner will be announced Friday, Feb. 15 at 12 p.m. CST, and will receive one pair of tickets. Good luck!

The Floozies, Too Many Zooz, and Dreamers Delight will perform Saturday, Feb. 16 at Marathon Music Works. The show is all ages, begins at 9 p.m. (doors at 7:30 p.m.), and tickets are available to purchase for $23-52.

TWiN |This Weekend in Nashville | February 8-10