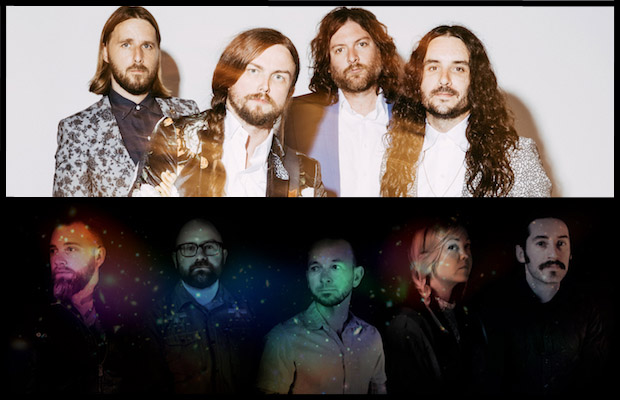 An inspired teamup of two of our favorite touring acts, Virginia southern rockers J Roddy Walston and the Business and Louisville folk-infused indie rockers Murder By Death, both acts no strangers to Music City, are bringing their co-headlining tour to Cannery Ballroom tonight, Feb. 7! With former Nashvillian and beloved alt country troubadour Jonny Fritz tapped to support, this is a stacked lineup of familiar, excellent performers who, altogether, make for one of the coolest shows of the winter. Tickets are still available right here, and we encourage you to snag ’em while they last, then read on for more about the show!

J Roddy Walston and the Business, Murder By Death, and Jonny Fritz will perform tonight, Feb. 7 at Cannery Ballroom. The show is 18+, begins at 8 p.m. (doors at 7 p.m.), and tickets are available to purchase for $25.