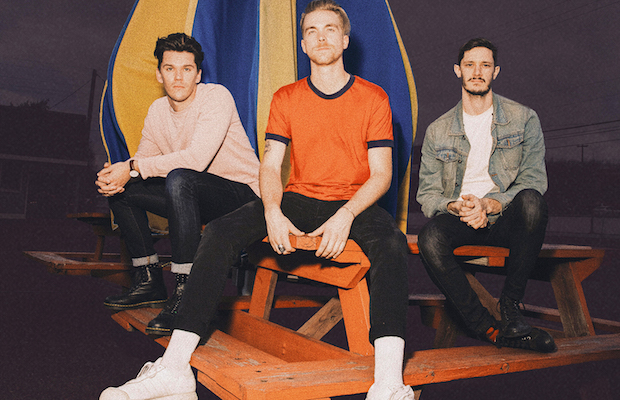 You may remember us raving about a promising duo called John & Jacob in years past, who, after relocating from Alabama, found quick success as songwriters in the Nashville country scene, and leveraged that to craft their own eponymous full-length in 2014, which led to considerable acclaim and world tours as headliners, as well as with the likes of Kacey Musgraves. While not exactly the same band (think of it more as a 2.0, or spiritual successor), John Davidson and Jacob Bryant, along with longtime drummer Trevor Davis switched gears and became The Brummies (British slang for a resident of Birmingham, England- a clever nod to their home of Birmingham, Alabama) in early 2017, adopting a pretty stellar sonic shift and more focused image ahead of the project’s debut, Eternal Reach, last year.

While John & Jacob had country ties, they never cleanly fit under than genre label, and as The Brummies, the talented artists eschew that connotation even further, tapping into an affinity for retro, psychedelic rock and soft indie folk. The group’s bread and butter has always been their incredible songwriting chops, and with Eternal Reach, they made an incredibly strong and confident debut, crafting lush, dense, breezy and melodic arrangements and dense, lovely harmonies, both tapping into a style of golden eras of music past, while still finding a worthy place in the contemporary landscape. More or less plugging into where John & Jacob left off (they even tapped Kacey Musgraves for an inspired duet), The Brummies have already been touring at a steady clip, making festival rounds last summer and finding a steady, international following.

Tonight, Jan. 6, The Brummies return home for their first local headliner of the year, topping the bill for Lightning 100’s Nashville Sunday Night at 3rd & Lindsley (an event John & Jacob played many times), and tapping local indie rockers and longtime site faves That’s My Kid to support (another sure indicator that The Brummies are operating in a whole new genre space). Easily one of the first local shows to get exited about for 2019, tickets are still available here they last. Don’t miss out!