DIY Space Drkmttr Is Back, Now On the East Side, and Hosting a Full Weekend of Music 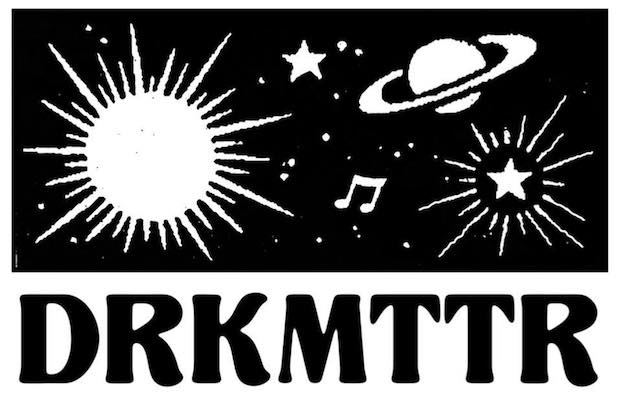 It’s been nearly a year (last February, to be exact), since we reported the imminent closure of beloved local DIY space Drkmttr, which, at the time, came along with a statement from organizers that assured us they were “scouting locations and planning a new and evolved Drkmttr,” as they “reevaluate what it takes to be an effective all ages DIY venue in Nashville,” keeping us cautiously optimistic for a return, despite the fickle nature and time-consuming work of running and maintaining DIY spaces, which has led to the permeant shuttering of similar local spots.

Throughout 2018, spaces like Betty’s and Two Boots helped fill the void (and provided a stop-gap for some of the team who booked at Drkmttr), until the welcome news late last year that Drkmttr proper was finally poised to return as well, now occupying the former home of Music City Lounge at 1111 Dickerson Pike, marking the first time the venue and collective has had a space on the east side (and also helping fill the hole left by the closure of nearby restaurant and venue Charlie Bob’s, which shuttered in the spring of 2017, and Queen Ave Arts Collective, which disappeared in 2016 with plans to re-open, seemingly to no avail).

One of a handful of the more above board (i.e., not an “ask a punk” basement space) DIY spots to weather the venue crackdown of 2016, following the tragedy of Oakland’s Ghost Ship fire, Drkmttr originally began its life in the Chestnut Hill area a few years back, before finding a more show-friendly setup in a former barbershop in The Nations in 2016, managing not only to emerge as one of Music City’s most vibrant DIY spaces, but also one able to reopen the quickest, after a successful GoFundMe in early 2017 allowed them to make the upgrades and improvements necessary to avoid stricter enforcements. Throughout that year, they continued to play host to a variety of local and national talent, supported entirely by volunteers and members of the DIY community.

After a New Year’s Eve soft opening earlier this week, a performance last night headed up by Oginalii marked Drkmttr’s first official show in the new space, and their first show of the new year! Already, the venue’s calendar is filling up with some excellent local and underground touring acts, keeping with the punk, indie, hardcore, pop, experimental, and everything in between vibe of the collective’s prior incarnations (while, of course, retaining a strong commit to diversity and inclusivity). This weekend boats a show every night, a hardcore leaning evening tonight, Jan. 4 headed up by Reserving Dirtnaps, a more indie, lo-fi, and dreamy affair tomorrow, Jan. 5 with Brooklyn’s Ghost Piss, and an artsy punk show Sunday, Jan. 6 featuring Houston’s Ruiners. Per usual, Drkmttr remains all ages, and tickets are available online in advance. Check out more show details below, and visit their brand new site for more info!

DIY spaces are a fickle thing, and if you’re lucky enough to live in a city that has them, you surely know that they’re often the foundation of an inclusive, all ages, up and coming, and healthy music and arts scene, and should be cherished and protected. Rooms like Drkmttr are the bedrock of our artistic community, and we have endless respect for the people who dedicate so much to keeping them running- it’s not easy, and not particularly lucrative, but immensely important. Support the new space (they’re even adding a cafe!), support DIY music, and, of course, keep an eye on the site as we keep you in the loop with the best underground musical happenings!