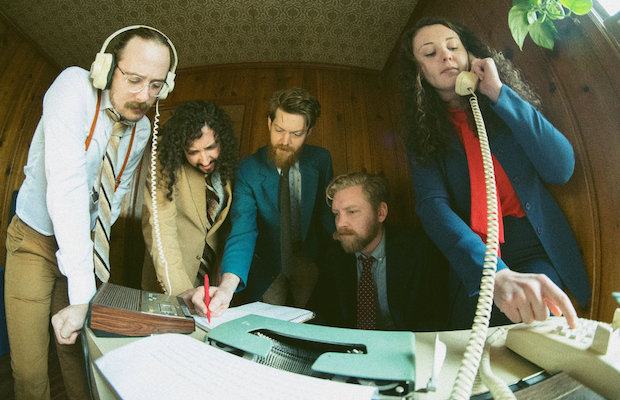 Veterans of our Acme showcase series, local rockers Crease Reader have been a site favorite since first popping up in the DIY circuit a few years back. Originally hailing from Cookeville, the group is made up of frontman and engineer Kyle Buckner, bassist Gerilyn Lemons, guitarist and keyboard player Mike Ford, and drummer Brent Lafever, with guitarist and lap steel player Alex Hatcher relocating from Cincinnati to complete the lineup a couple years in. Funneling dreamy indie pop, spaghetti western, and surf rock tones into a lo-fi, analog sound reminiscent of the ’60s and ’70s, the band’s early work and live appearances definitely piqued our interest, but more recent singles this year, culminating in their brand new self-recorded and self-released debut album, Lush Button, definitely feels like a proper introduction for the scene at large, and an effort we definitely expect to turn some heads in the coming year.

Tonight, Nov. 30, Crease Reader will celebrate their debut with a performance at The Basement (the original one on 8th), joined by a stellar local late of psyched out alt-country project Lasso Spells (who also recently dropped a new record), genre-bending surf rockers Holy Mountain Top Removers, and rockers Andy Ferro, also known for his work with Ranch Ghost and Champagne Superchillin’. This is a stacked slate of essential local performers, and an exciting occasion for Crease Reader, so if you’re looking for a local, low-dough way to spend the last weekend of November, you can’t go wrong with this show!

Crease Reader, Lasso Spells, Holy Mountain Top Removers, and Andy Ferro will perform tonight, Nov. 30 at The Basement. The show is 21+, begins at 9 p.m. (doors at 8:30 p.m.), and tickets are available to purchase for $8.