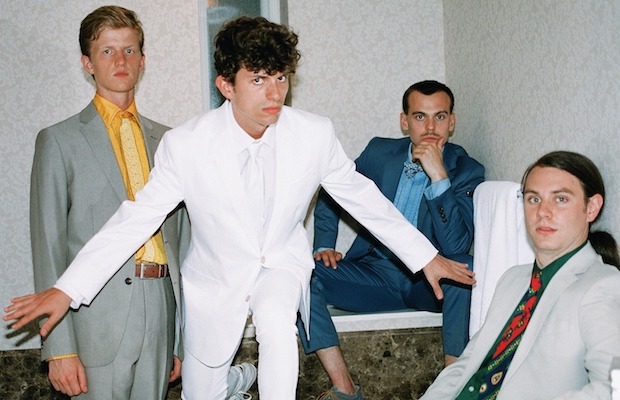 Though newcomers to the local rock scene, Vanderbilt-bred, retro-infused, pop-primed rockers Arlie have had a pretty stellar year, with major festival appearances (Bonnaroo, SXSW, Live on the Green), national tours, a major label record deal ahead of their debut EP, and ever-growing buzz, making their hometown headliner Dec. 7 at Mercy Lounge, as much a victory lap as it is an exciting end of year appearance. Primed to be Nashville’s next big breakout rock act, Arlie’s live show has been honed from a year on the road, and after the recent release of their first EP, Wait, it’s a great time to see them with more tunes in their arsenal. Tapped for support, local singer-songwriter Briston Maroney is enjoying a new wave of buzz for his latest and best EP to date, Carnival, and helps makes this billing even more essential. Grab tickets here! Or, if you’d rather leave it to chance, we’re also giving away a pair of tickets to one lucky fan! Read on for more about the show, and enter for a chance to win below.

Winner will be announced Friday, Dec. 7 at 8 a.m. CST, and will receive one pair of tickets. Good luck!