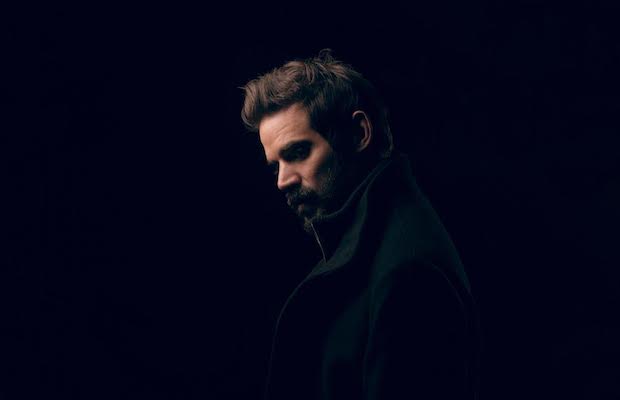 Raised in a fundamentalist church, Wolak shook free from his religious upbringing years back, though, in finding his singular artistic expression, fearlessly deconstructs traditional and contemporary gospel influences in a search for “agnostic gospel” (something he’s blogged about on a site of the same name) with Genuine Joy. Additionally drawing influence from classic piano men, folk favorites, contemporary indie artists, ’80s synths, and bombastic, operatic flourish, the Mitch Dane produced Resolution is captivating from start to finish, ebbing and flowing with emotional, provocative, nuanced, compelling, vulnerable, and triumphant movements.

This Saturday, Nov. 17, one day after the concept album arrives, Wolak will team up with the dancers of  FALL to create a live, theatrical performance based on the work, accompanied by the string quartet La Vie Quartet, and choir voices from Portara Ensemble. Hosted at local art gallery abrasiveMedia, the stage set-up will “blur the lines between artist and audience in an intimate and immersive multi-medium experience,” a show that sounds unlike any other, and certainly a special, one of a kind break from the usual local concert fare.

In preparation for this ambitious, high-art public display, Genuine Joy recently released a music video for single “PREACHERMAN,” providing a proof of concept glimpse of what to expect at the live performance, and serving as a visually stunning spot in its own right. Before the full album arrives on Friday and ahead of the Saturday performance, we’re thrilled today to exclusive premiere another new Genuine Joy song, “Until It Ends,” which you can stream right now below!

Described by Wolak as “a chill reflection that questions the intriguing emptiness of modern life while simultaneously embracing it,” the tune feels like a particularly existential and hypnotic point of the record. The singer adds that, “The paradox feels quite comfortable, though, making this a fitting preview for an artist self-described as an ‘agnostic gospel’ musician.” With its synthy flourishes, the track conjures elements of modern acts like fun., as well as more classic (and classical influences) of the myriad of artists and styles Genuine Joy name-checks, and, like the rest of the album, is a gorgeous, conceptual, and complex piece of art.

If you love what you hear as much as we do, be sure to stream or buy the album on your digital platform of choice when it officially drops this Friday, then grab tickets to Genuine Joy’s theatrical album release show this Saturday, Nov. 17 right here. You can even save $5 off your ticket price with the code ‘NOCOUNTRY’! And finally, keep an eye on the site for more from Genuine Joy going forward; though a show of this scope and ambition is not something that happens frequently (so be sure not to miss out!), we’re keeping our fingers crossed for more immersive, theatrical outings in the future.