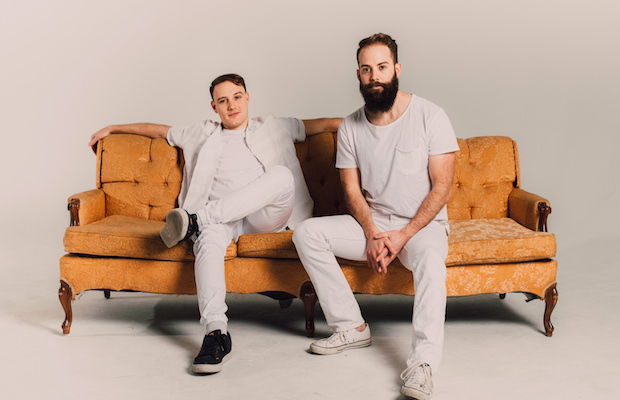 Originally formed in Austin, Texas and now Nashville based, indie pop duo The Roosevelts have, this year, undergone a metamorphosis, shifting away from their alt rock beginnings, with guitarist Jason Kloess teaming up with new lead singer Mitchell Kilpatrick to find their current, stylish sound.

Recently chosen as the Artist of the Week by Lightning 100, the duo have swiftly put their stamp on the flourishing Music City pop scene, having released two great singles over the summer and nabbed syncs on several TV shows, all the while playing out around town and putting the finishing touches on this version of the band’s debut album.

Adopting a contemporary pop and alternative flair, taking influence from great artists like Frank Ocean, The 1975, Justin Timberlake, and The Weeknd, The Roosevelts are set to release their latest single, “Meant to Me,” tomorrow. However, we’re thrilled to bring you an exclusive early premiere today of the reflective, poignant tune, which “was written after the loss of a loved one and details the struggle with finding purpose and direction when you lose someone you love.”

Hear “Meant to Me” below, and keep an eye out for local show announcements and additional releases from this buzzworthy duo as we head into the new year!