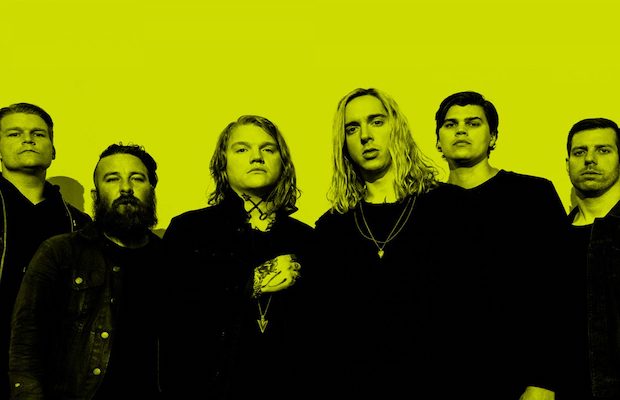 It’s been about three years since beloved Christian post-hardcore outfit Underoath announced they were reuniting with their They’re Only Chasing Safety era lineup, embarking in 2016 on their first tour with that incarnation of the band in over half a decade, which returned the Florida group to Nashville for a chaotic show at Rocketown, where they performed the aforementioned 2004 effort Safety and 2006 followup Define the Great Line back to back and in full.

After a healthy dose of nostalgia, touring the world and making festival appearances, the band, who indicated off the bat they were planning to return for the long haul, hit the studio to craft their eighth album and first in in eight years, Erase Me, which arrived this spring, and manages to channel much of the band’s earlier work. Tonight, Nov. 2, Underoath return to Nashville once more, this time with an eye to the future as they celebrate their latest at War Memorial Auditorium.

West coast mathy, post-hardcore group Dance Gavin Dance, buzzy Texas post-hardcore and metalcore band Crown the Empire, and Ohio metalcore up and comers The Plot in You make up the solid supporting slate, and should all appeal to Underoath fans, especially younger ones (you early ’00s post-hardcore heads might feel a little out of the loop). It’s a pretty stacked bill, and tickets are still on sale here, so secure your spot, preview the performers below, and start your weekend off right!

Underoath, Dance Gavin Dance, Crown the Empire, and The Plot in You will perform tonight, Nov. 2 at War Memorial Auditorium. The show is all ages, begins at 8 p.m., and tickets are available to purchase for $34.50-49.50.

TWiN | This Weekend in Nashville | November 2-4