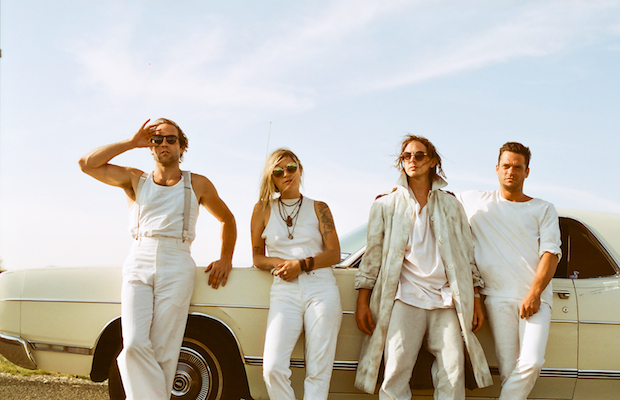 Oklahoma indie rockers BRONCHO formed in 2010, making a strong debut with 2011’s Can’t Get Past the Lips. Rereleased in 2013, just before snagging placement on HBO’s Girls, the band were beginning to find a significant amount off buzz by the time of their sophomore effort, Just Hip Enough to Be a Woman, in 2014. Combining elements of early punk, modern indie, and ’80s alternative rock, all balanced with laid back sensibilities and a subdued, edgy, bite, BRONCHO experimented with sound and layers even further with their 2016 third album, Double Vanity, helping cement them as one of the most promising rising acts in the indie rock scene, and have refined their sound and crafted their best album yet with this year’s latest, Bad Behavior.

As their critical and commercial stock continues to rise, BRONCHO have kept busy the last couple of years with constant touring, prominent festival appearances, and a continued string of placements. They made frequent stops in Nashville in their earlier days, and have picked back up again with Music City outings more recently, appearing tonight, Nov. 2 at The Basement East for the second time this year (but first since the new LP dropped), along with special guest and LA poppy, alt rock newcomer Valen, and openers and kindred spirits LIILY, also from Los Angeles. This is a hot show, and while tickets are still available here, they’re not likely to last. Kick off the first weekend of November right!