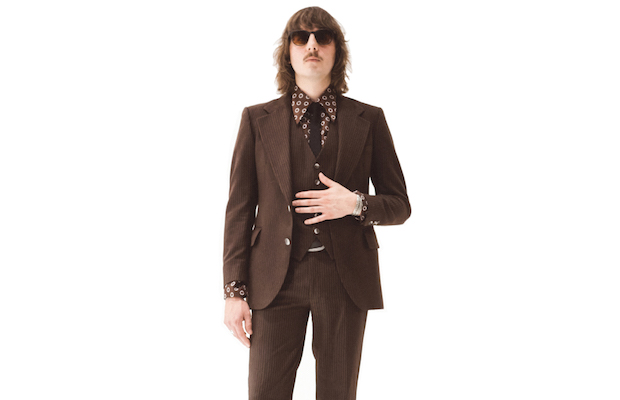 We’ve been jamming to, and singing the praises of local rockers Lasso Spells for years now, so when they told us a their brand spanking new record entitled Bohemian Mechanics was set to drop today, we had to get the word out. The brainchild of former Ranch Ghost member Brett Dudash, Spells boast an impressive groove-laden, psychedelic, western-tinged, vibey retro rock sound that checks off a lot of boxes for any fan of our ever expanding underground rock scene. Recorded and mixed at his Nashville home in his DIY studio, Dudash is super excited to share the next chapter of his continuing musical journey.

“This record expresses the west coast psych I grew up with and the Country music vibe of Nashville. A marriage best explained as Cosmic American Music,” he explained, “A record about the pull between disconnecting from the world and becoming too connected to it.”

After an early listen, and some more time with the first two singles, “Be What You Want” and “Yeah Right,” We feel the record is the natural progression of an artist that’s really finding steady footing on his own in his adopted home. After some lineup changes, we also feel this live backing band is Brett’s strongest to date, and further proof that he is a singular talent who has carved out his very own psychedelic niche in a city that only grows thirsty for more and more amazing resident talent.

Find Bohemian Mechanics on your favorite platform, and catch Lasso Spells this Saturday, Oct. 18 at The High Watt, with help from like-minded performers Tennessee Muscle Candy, plus Paul Nelson and Maxwell Putnam in the opening spots. Music will start at 8 p.m. (doors at 7) and tickets to the 18+ show are just $5, so you won’t have to break the bank to enjoy some quality live tunes. We advise to do your best to make it out for this one, because Brett and company plan to head north on tour this winter, so this might be your last chance to catch them at home for a while. Be sure to stay tune to No Country for more from Lasso Spells, including a new music video planned for a winter release, and keep scrolling for more for all the bands on this weekend’s bill!