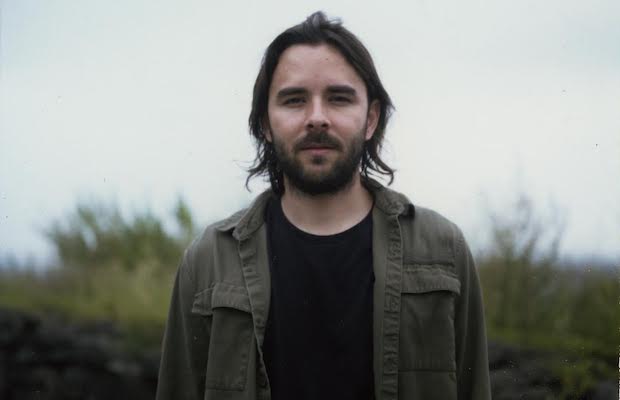 Providence, RI native Josh Cournoyer left his tight-knight musical community for a fresh start in Nashville back in 2014, but it wasn’t until more recently, after years of playing guitar in other projects, that he felt compelled to create his own music once more. Prompted by the political unrest of the past few years, combined with his own struggles with anxiety and panic attacks, what started as a collection of songs in Cournoyer’s Inglewood home has since morphed into more of an evolving, musical collective dubbed I&R, with Josh’s work rounded out by a revolving door of friends and other Nashville musicians, each adding their own unique touches to his songs.

“At a certain point the deepest sense of peace is that there’s nothing static in this world.  I&R is meant to be an intentional revolving door of songwriting themes, even the lineup of musicians is meant to shift.  Instead of fighting to keep a band together or to create a defining sound, I look forward to embracing that what we’re capturing is here in this moment and gone the next.  It’s going to be a series of musical time capsules, each song mirroring back who was in the room on a given day, what record touched an emotional nerve the night before, and what experience is being lived through at that moment,” Cournoyer explains.

Teaming up with Hot Rod Circuit drummer and longtime friend Mike Poorman, who produced much of I&R’s forthcoming 2019 debut album Bankrupt City, along with Middle Tree Studio’s Joe Pisapia (Saves The Day’s Arun Bali also lent his production to a few tracks, and Logan Matheny engineered along with Pisapia), Josh’s debut as I&R is certainly an organic collaborative affair, landing on a personal, existential, and expansive sound. Ahead of Bankrupt City, we’re thrilled to bring you an exclusive premiere of the project’s very first single and music video, “Addendum,” before it officially drops tomorrow; watch it right now below!

A surf rock anthem about Cournoyer’s battles with anxiety and panic attacks, balancing the heavy lyrical content with a lighthearted sway, Josh explains the single’s inception: “Anxiety and depression, for me, have become more manageable as I get older through a combination of acceptance and a healthier lifestyle. Panic attacks are a whole other thing. They’re completely debilitating, and as someone who’s in a near constant state of motion it’s incredibly frustrating.  I was right in the midst of finishing the core tracks for the record when this round came on, so I tried to document the experience as best I could via song.”

Look out for much more about I&R as we get closer to Bankrupt City‘s release, watch our premiere of “Addendum” below, and catch the band live Friday, Oct. 26 at The East Room, with Laurel & the Love-In, Plateau Below, and Animal Show (details here)!