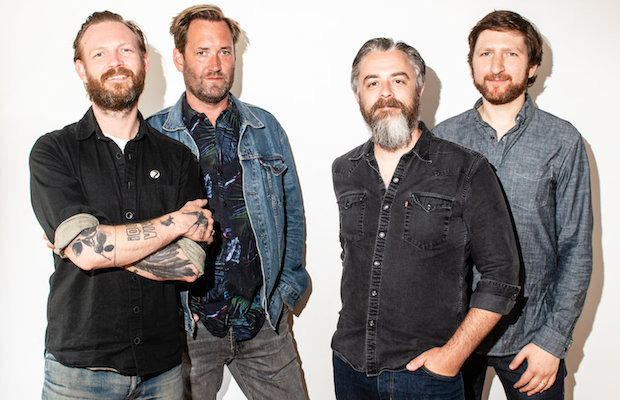 Formed more than 15 years ago, out of the ashes of metal band Botch, indie group Sharks Keeps Moving, and emo/post-hardcore band Kill Sadie, alt rock/indie outfit Minus the Bear, who intensified the mathy tendencies of all of their members’ prior projects, combining elements of electronics and pop sensibilities with unorthodox rhythmic structure, have become a staple of the indie rock and punk adjacent scene throughout the celebrated run. Boasting danceable, dense, and unique instrumentation and smart, personal, and sometimes dark thematic focus, the group have both carved out a comfortable niche for fans of substantive indie rock, and have flirted with broader acclaim, crafting scene classics like Menos el Oso and Planet of Ice, both records they’ve celebrated with anniversary runs in recent years.

After six  well-regarded full-lengths, and a number of EPs and additional works, their most recent and final EP, Fair Enough, set to drop later this month, the band have decided to call it quits following a final farewell run, which returns Minus the Bear to 3rd & Lindsley tonight, Oct. 9 for one last Music City stop. Set to perform a communal, fan-geared, career-spanning set, this is obviously a must for any longtime followers of the group, and is sure to still be a delightful and incredible outing even for casual fans and newcomers. Opening things up, Boston post-rockers Caspian have long been a seminal indie act in the same scene, and given their long history as friends and peers of MtB, they feel like a suitable band to support this run. Incredibly, tickets are still available, so grab them here, then come help send off one of the back indie rock acts of the last two decades tonight!