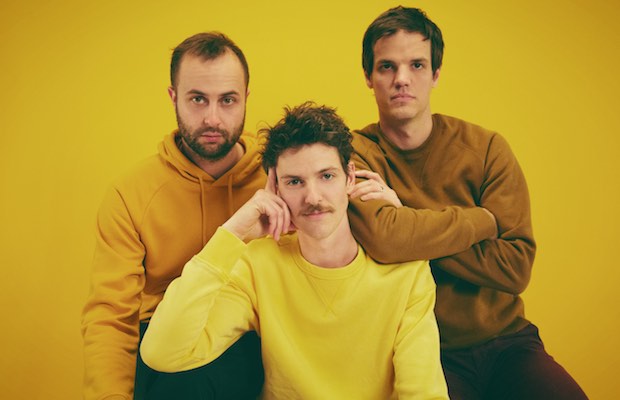 Celebrating a new album, a shifted lineup, and their most radical sonic departure to date (good luck pegging them an Americana band with anything on their latest LP), Indiana’s Houndmouth are set to return to town for the first time in a couple of years to headline Mercy Lounge [note: previously scheduled for Marathon Music Works; previously purchased tickets will be honored] on Oct. 10, along with poppy, LA indie folk group Family of the Year. We’ve dug everything Houndmouth has done since their earliest days, but with new record Golden Age, an experimental, indie effort more akin to acts like Tame Impala, we’re more intrigued than ever by where the band, now a trio, have ventured. There’s never been a cooler time to see them live, and you can still grab tickets to do so right here! Or, if you’d rather leave it up to chance, we’re also giving away a pair of tickets to one lucky fan! Read on for more about the show, and enter for a chance to win below.

Winner will be announced Monday, Oct. 8 at 12 p.m. CDT, and will receive one pair of tickets. Good luck!

Houndmouth and Family of the Year will perform Wednesday, Oct. 10 at Mercy Lounge (moved from Marathon Music Works). The show is all ages, begins at 8 p.m. (doors at 6:30 p.m.), and tickets are available to purchase for $30-33.