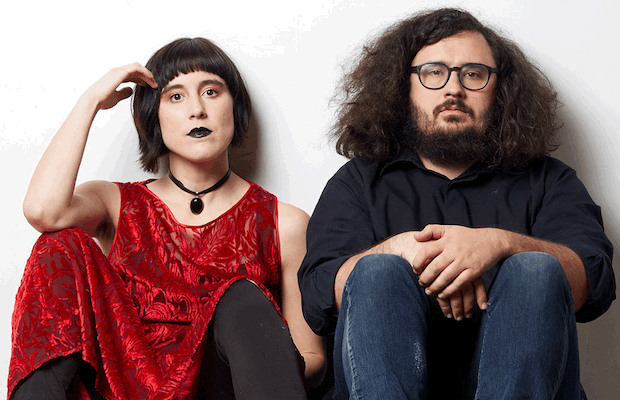 Made up of duo Kate Wakefield, an ex-opera singer turned experimental cello and vocal loop performer, and Daisy Caplan, a longtime figure in the Kentucky and Ohio underground punk and indie scene, best known as the former bassist for defunct beloved outfit Foxy Shazam, up and coming Cincinnati duo Lung have had an impressive run in just a few short years. The band played their first show in the spring of 2016, and have been on the road near-constantly ever since, performing hundreds of dates around the nation, in support of their 2017 debut full-length, Bottom of the Barrel, and brand new followup, All the King’s Horses.

With the unorthodox setup of Wakefield on electric cello and vocals and Caplan on drums, the group have developed a sound that’s hard to classify, pulling from elements of indie, post-punk, and heavy yet melodic avant-garde rock, all tied together by sharp, timely, and socially charged lyrics. Acclaimed for their layered, dynamic, and intense live show, this band should definitely be on your radar if you dig ambitious and expansive heavy indie rock, and if you’re looking for one of the best under the radar shows of the week, you can catch Lung live tonight, Sept. 18 at Springwater Supper Club, along with locals Dad Hats and Leo Jones.

It’s been a busy summer of festival coverage and regular plugs for major tours, but, as always, an important part of our mission is to keep you in the loop on the best shows off the beaten path; Springwater has long played host to some of the most interesting happenings in Nashville’s underground, and Lung are without a doubt a touring act worth shining a particular spotlight on. Along with poppy, indie, ’90s nostalgic newcomers Dad Hats topping off the evening, and Leo Jones getting things going, this dive bar punk show is the best $5 you’ll spend on music all week. Don’t miss out!

[INTERVIEW] Pilgrimage Co-Founder Kevin Griffin Talks Making It to Year Four, Learning Along the Way, and What to Expect at This Weekend's Fest