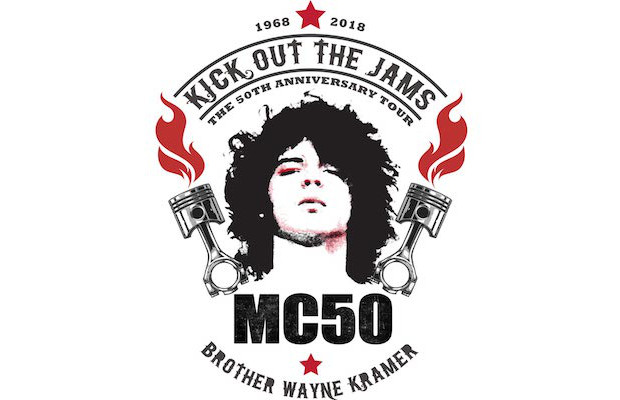 In honor of the 50th anniversary of their legendary debut Kick Out the Jams, MC5 founder and guitarist Wayne Kramer has recruited a supergroup of backing players to perform the record in full on the road, an event he’s dubbed MC50, which hits Nashville’s own Exit/In tonight, Sept. 9. The closest thing to MC5 you’ll ever see (most of the members of the classic lineup have passed), the legendary wild rockers and counterculture icons feel as relevant and essential as ever with the current state of the world. Tickets to this one of a kind show, which also features locals Taco Mouth and Memphis’ Joecephus and The George Jonestown Massacre, are still available, and if you’re a fan of MC5, ’60s counterculture, or the processor to punk and metal, this is, without a doubt, a must-see event. Read on for  more below.