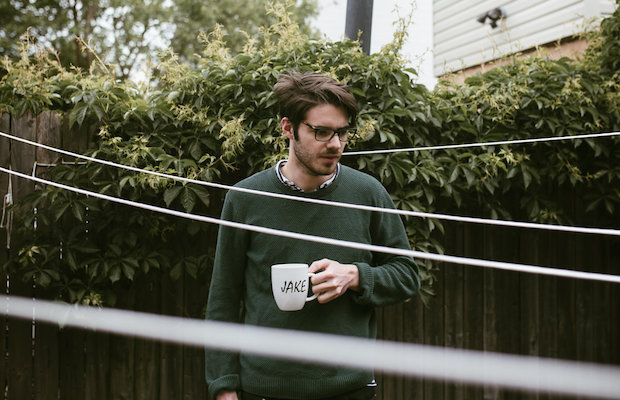 What originally began as a sort of songwriting exercise to get over a hump writing for the  beloved emo/indie punk group co-fronts, Modern Baseball, Philly musician Jake Ewald’s solo songs soon gave way to a full album’s worth of material, and new project Slaughter Beach, Dog was born. 2016 debut Welcome was warmly received, and, last year, after announcing that Modern Baseball would be taking an indefinite hiatus, Ewald really came into his own as Slaughter Beach, Dog with an even better followup, Birdie. More introspective and indie, the project isn’t a huge leap form Modern Baseball, but, certainly, sees Jake fully adopting his own voice and sensibility, playing more with genre and writing without his other group’s built-in expectations. Tonight, Sept. 1, Slaughter Beach, Dog will bring their thoughtful and earnest tunes to The High Watt, along with Thin Lips and Neil O’Neil, the former another great Philly indie punk project, celebrating their excellent brand new LP Chosen Family, and the latter a folky, lo-fi, emo/shoegaze up and comer.

We’ll level with you here, this show is competing with a free Jimmy Eat World concert at roughly the same time, and that’s a bummer, because fans of Jimmy’s thoughtful, emotional, and resonant sound (particularly the Clarity or Futures era) would love these bands too (the more general audience who just know “The Middle,” this might be a little bit subdued and introspective for you). With inexpensive tickets, and in an intimate room, however, it’s a chance to see something new and exciting in the moment that it’s at its most sincere and honest (akin to seeing Jimmy on the Clarity tour, rather than playing songs from Clarity years later), and though you can’t go wrong with either show, this one sounds particularly special.