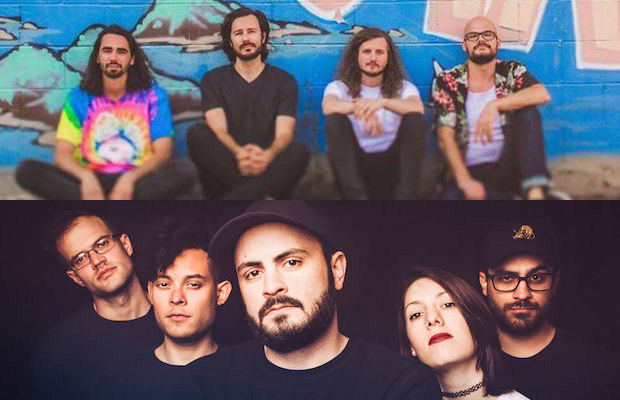 Natives of Atlanta, Microwave‘s frequent trips to Music City managed to catch our eye a few years back, and after the 2014 release of their incredible full-length debut, Stovall, we definitely weren’t the only ones singing the group’s praises. Funneling punk sensibilities into an indie and eclectic sound, also channeling elements of emo and post-hardcore, the band were able to capture much of the emotion and aesthetic of many memorable scene classics, and, powered by the gut-wrenching earnestness and confessional delivery of frontman Nathan Hardy, they’ve embarked on increasingly more high-profile tours and festival outings in recent years, including regular return trips to Nashville both as a headliner and supporting act. 2016 saw the release of their excellent sophomore effort, Much Love, and after supporting Jimmy Eat World earlier this year at The Ryman, the group are back in town tonight, Aug. 23 to co-headline The End with Can’t Swim, supported by Drug Church.

Hailing from New Jersey, emo infused pop punks Can’t Swim are still a relatively new act, but, like Microwave, have achieved swift recognition, scooped up by tastemaking label Pure Noise shortly after formation, who released their debut EP, Death Deserves a Name, in 2016. After increasingly high-profile touring and festival outings, the band dropped their first full-length, Fail You Again, last year, earning even more buzz for their fresh, earnest and resonant sound, cementing them as an underground favorite. And Albany’s Drug Church, who we’ve been keeping an eye on for several years now, bring an old school, hardcore rooted sensibility and further add range. Fans of punk and emo will find a lot to love here, and this lineup is stellar from top to bottom. Grab tickets while they last!